Governor Cuomo announced New York State has proposed a new statewide regulation that will improve air quality and protect public health by placing limits on emissions from distributed generation sources such as diesel generators and ... 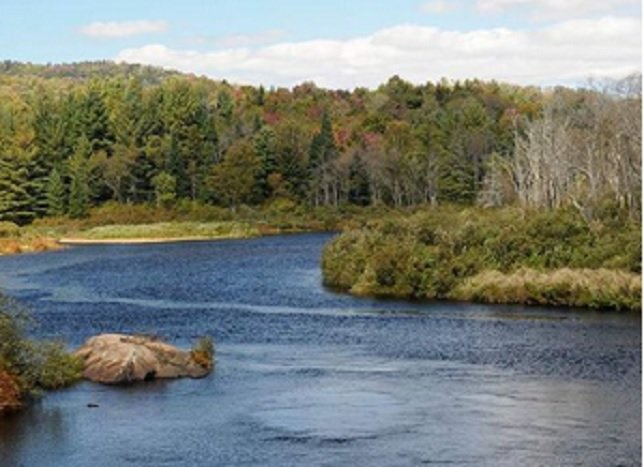 "Establishing limits on these harmful emissions is a critical step towards protecting air quality, as well as the health of New Yorkers," said Governor Cuomo. "These new standards will reduce pollution, further encourage the development of renewable resources and support this state's efforts to combat climate change."

The proposed rule, 6 NYCRR Part 222, specifically targets nitrogen oxides and particulate matter emissions and is an important component of New York State's effort to meet the new, stricter ozone national ambient air quality standard (NAAQS) by 2018, as required under the federal Clean Air Act. Nitrogen oxide emissions contribute to the formation of ground-level ozone, the principal component of smog. Both ozone and particulate matter can cause adverse health effects, including respiratory problems such as asthma, shortness of breath, coughing and nasal irritation. This new rule also reduces other toxic pollutants caused by diesel fuel combustion and it will encourage the use of non-emitting renewable distributed energy sources.

The New York State Department of Environmental Conservation is accepting public comments on the proposed rule through February 18, 2016.

Acting New York State Department of Environmental Conservation Commissioner Basil Seggos said, "This proposed rule reduces pollution while maintaining energy reliability and is a strong step forward in the state's comprehensive efforts to improve air quality, protect public health and tackle climate change. This new rule will help reduce fossil fuel use while driving the transition to renewable energy, and is another shining example of Governor Cuomo's commitment to protecting the environment and economy of New York State."

The proposed rule will complement New York’s Reforming the Energy Vision (REV) program, which is intended to transition New York to a more efficient and cleaner distributed electricity grid that will reduce the carbon pollution that causes climate change.

Richard Kauffman, Chairman of Energy and Finance for New York, said, "Under Reforming the Energy Vision (REV), power generated from distributed generation will play a significant role in building a cleaner and more resilient electric grid and help New York reach its 50 percent by 2030 targets. It's paramount we develop air emission limits and controls to protect public health as we create the energy system of the future."

Distributed generation sources covered under this new rule include units that provide short-term power to facilities during times of peak electricity demand. These sources, which produce more than 150 kilowatts (kW) in the New York City region and greater than 300 kW in the rest of the state, would be required to meet these new emissions limits unless used solely for emergency purposes such as blackouts. Existing distributed generation sources that do not meet the revised standards can install control equipment to meet the new emissions limits. DEC worked with the State Department of Public Service and the New York Independent System Operator to ensure this new rule would not threaten reliability of the electricity grid.

New York has made substantial progress in meeting the applicable NAAQS by implementing programs to reduce emissions from power plants and other large sources, motor vehicles, and even paints and other consumer products. Since 2009, all of New York has complied with the NAAQS for fine particulate matter, and ozone levels have declined over the past decade. The New York City metropolitan area, however, does not meet the NAAQS for ozone and will not meet the new, more stringent ozone NAAQS that EPA adopted in October 2015 without additional emission reductions.

Natural Resources Defense Council Director of Eastern Energy Jackson Morris said, "This is a major step for clean air and public health. We commend Governor Cuomo and Acting DEC Commissioner Seggos for recognizing the need to close what is currently a major loophole in the state’s policies, and reduce our reliance on dirty diesel generators. We look forward to engaging in the public comment process to finalize as strong a rule as possible, thereby ensuring that scaling up local, onsite energy generation under the Reforming the Energy Vision initiative will help deliver the pollution reductions and public health benefits we need."

Independent Power Producers of New York President & CEO Gavin Donohue said, "DEC's proposal is a step toward a reasonable approach for policy matters involving clean air. It is wholly appropriate that distributed generation be held to the same standards regarding emissions as all other wholesale generators, and IPPNY looks forward to working with the DEC to improve the regulation."

WE ACT for Environmental Justice Deputy Director Cecil Corbin-Mark said, "Clean air is a prerequisite for healthy lungs and fewer asthma hospitalizations. Governor Cuomo and Acting DEC Commissioner Seggos are making it clear with the release of the Part 222 DG Rule for public comment that communities like Harlem, El Barrio and Washington Heights will not have to wait another decade before their air and lungs are protected from dirty back-up generators. We thank the Governor for having DEC issue this long-awaited rule and we stand ready to work with the Governor and Acting Commissioner Seggos to reduce asthma hospitalizations and clean-up the air in the most vulnerable communities across the state by making the rule as strong as possible through the public comment process."

The proposed rule can be viewed here.

Public hearings will be in in February in New York City, Avon and Albany. More information on the meetings will be released at a later date.