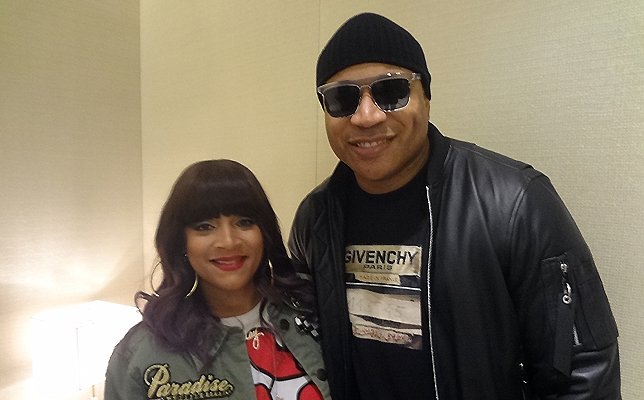 Legendary rapper/actor/entrepreneur LL Cool J was recently on Long Island promoting his long-running Jump & Ball Tournament charity by taking part in a fundraising effort right around the corner from his part-time Manhasset homestead.
Joined by his wife of nearly 22 years, Simone Smith, the “Mama Said Knock You Out” performer, 48, made an appearance at trendy Manhasset Americana retailer Hirshleifers on December 3 as part of the store’s Champions for Charity event, which saw 25 percent of all sales made that day donated to Jump & Ball, an annual event put on by LL Cool J in this childhood home of Queens, NY.
“Champions for Charity was started about 15 years ago, and it basically designates four days in December where purchases are made and a particular charity is selected, and 25 percent of all purchases made go towards that charity,” said Hirshleifers Vice-President Caryn Hirshleifer. “LL Cool J has a house in Manhasset, and he has always been shopping at the Americana. I've come to know him over the last couple of years through another charity, and I thought it would be a really cool idea to involve ourselves in his charity Jump & Ball.” 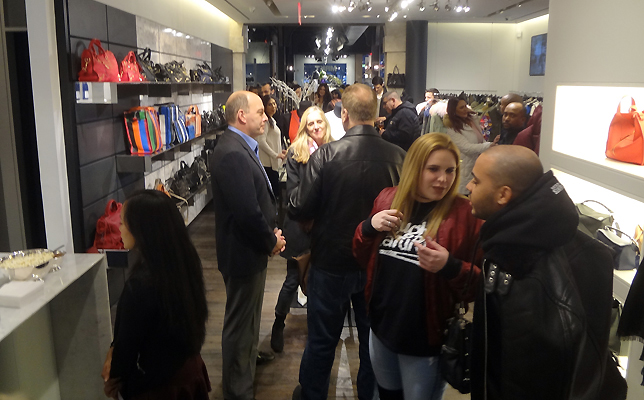 LL Cool J made an appearance at Manhasset retailer Hirshleifers on December 3 as part of the store’s Champions for Charity event, which saw 25 percent of all sales made that day donated to his annual Jump
LL Cool J – real name James Todd Smith – is regarded as one of the most successful rap artists in history, boasting an ongoing career spanning from the 1980’s until the present day. He has also transitioned over to regular film and television work, as well as expanding into business ventures including the launch of record labels and clothing lines.
Held annually, the Jump & Ball Tournament is a 5-week program that provides recreational activities to youth between the ages of 8 & 18 in Hollis, NY. Founded by LL and his wife approximately 12 years ago, the event morphed from an older charity called Camp Cool J; the goal, LL noted, was to bring a summer camp-type experience to the Queens community where he was raised.
“I was born in Bay Shore, but I was raised in Queens for a good amount of my formative years,” he said. “Jump & Ball really gives these kids an opportunity to stay away from the negativity, away from the problems, and focus their energy on something constructive. I remember being a young boy and not having anything to do, and an idle mind is the devil's workshop. This gives us the opportunity to provide kids with an uplifting and inspiring experience.”
The event features a plethora of activities for young people to be involved in, including basketball, Double Dutch jump roping, arts and crafts, video games, and more, in addition to food, an ice cream truck, and tunes provided by a DJ.
LL noted that by participating in fundraisers like Champions of Charity at Hirshleifers, the scope of Jump & Ball can be expanded to include even more children and more events.
“I know we're going to make a lot of money here today, and we’ll be able to afford to send more kids, have more teams, and they can have an even better experience,” he said. “Opportunity is everything...kids growing up in the suburbs have more options when it comes to summer camp and recreation, and for us this is an opportunity to give other kids something great who might not ordinarily have access to it.”
LL Cool J's wife, Simone Smith, was also on hand at the event. A courageous cancer survivor, Smith founded her own jewelry line that donates a portion of each sale to cancer research and aid. Smith was also selling her jewelry at Hirshleifers that day, and noted how important it is for her to help those in need after having undergone her own trials while successfully defeating cancer. 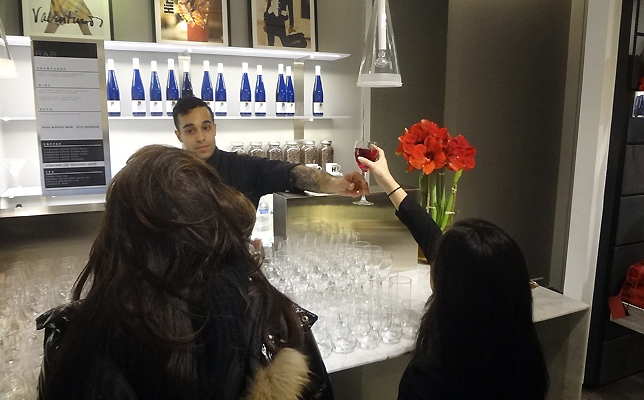 The Champions for Charity fundraiser benefiting LL Cool J's Jump & Ball.
“I have a line of jewelry called Simone I. Smith Jewelry, and each piece purchased here today will give back to the American Cancer Society,” she said. “I'm very happy that Hirshleifers picked Jump & Ball for their Champions of Charity event, and that they've also allowed me to hold my show here as well.”
LL, exhibiting modesty, expressed his satisfaction that over the course of his long and successful career has enabled him, in turn, to be able to give back to the public and make his community a better place to live in.
“Each one, teach one,” he said. “I'm grateful, I'm doing the things that I love to do but at the same time I'm not forgetting where I came from. So what's better than that?”