Passengers took photos and gave Santa their Christmas lists during the flight. 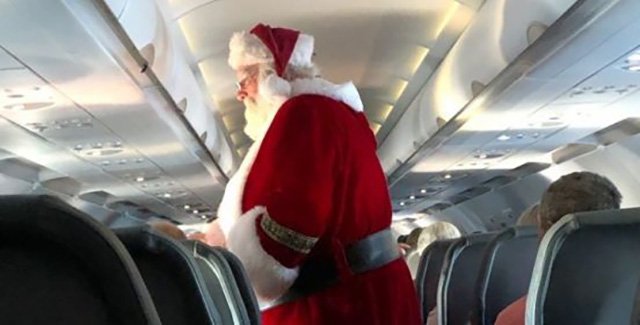 There is a plane-full of passengers on a flight out of Long Island MacArthur Airport that believes in Santa Claus. On Tuesday, Kris Kringle boarded a 6am Frontier Airlines non-stop flight from Islip to West Palm Beach, Florida for what the Town of Islip said in a statement was “a little R&R before his long midnight ride Christmas Eve.”

The big guy was a good sport even though he has a lot on his mind this time of year. He posed for pictures with passengers and took note of their Christmas lists.

Whether naughty or nice, Santa promised there'd be something for everyone under the tree Christmas Day,” the Islip Town statement said.