The indictment and arrest of Dr. Gerald Surya, an internist and senior aviation medical examiner with offices at JFK International Airport and in Valley Stream, Long Island was announced. 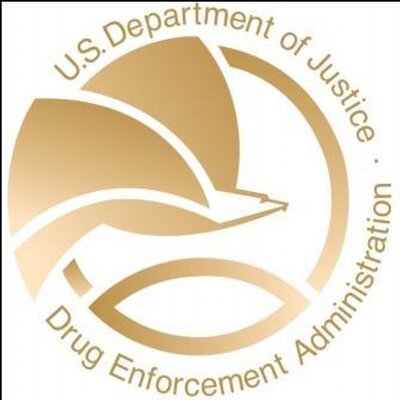 Agents and investigators arrested Dr. Surya this morning near his residence at New Hyde Park, N.Y.  He is scheduled to be arraigned this afternoon before Manhattan Supreme Court Justice Melissa Jackson, Part 62, 100 Centre Street, Room 1111.

At the outset of the investigation in 2013, Dr. Surya charged $60 cash for each illegal prescription. However, he raised the price to approximately $100 per prescription after agents and investigators conducted a court authorized search of his office at JFK Medport, JFK International Airport, Building 14, Suite 14A, in July 2014.

Charges in the indictment filed by the Office of the Special Narcotics Prosecutor center on 26 illegal prescriptions Dr. Surya sold during nine office visits between November 4, 2014 and August 4, 2015. In some instances, Dr. Surya sold multiple prescriptions written in different names during a single office visit with a single patient. Some patients who purchased illegal prescriptions from Dr. Surya supplied him with the names of friends and relatives to use on the prescription forms. Prescription sales took place at the JFK Medport location and at a second medical practice, Sun Medical Care of Nassau, PC, 71 South Central Avenue in Valley Stream.

A court authorized review of Dr. Surya’s prescribing history from January 1, 2012 and August 17, 2015 shows more than half of the prescriptions the doctor wrote for controlled substances during this time frame were for oxycodone. Dr. Surya also wrote prescriptions for Xanax, Vicodin, Percocet and other medications.

Bridget G. Brennan said, “By selling prescriptions for addictive drugs, Dr. Surya is charged with jeopardizing the health and well-being of his patients and the general public in order to line his own pockets. Physicians who abuse their privilege to write prescriptions and funnel many thousands of potentially dangerous pills onto the black market deserve to be prosecuted as the drug dealers they are.”

DEA Special Agent in Charge James J. Hunt stated, “Over the past ten years, the prescription drug overdose rate has doubled.  During that time, DEA and our law enforcement partners have committed our resources to identifying those responsible for diverting prescription drugs into our communities, which has resulted in a 200% increase in arrests.  Today’s arrest of Dr. Surya represents one way law enforcement is fighting against the devastation caused by opioid abuse.”

"The NYPD and our law enforcement partners remain committed to stopping the flow of prescription drugs into our neighborhoods," said Police Commissioner William J. Bratton. "I want to commend the investigators of the Tactical Diversion Squad and the prosecutors of the Special Narcotic Prosecutor's Office whose hard work resulted in the arrest of Dr. Surya."

“New York’s physicians continue to be among the best in the nation. Unfortunately, as in other professions, there are sometimes unscrupulous practitioners who take advantage of their positions of trust to enrich themselves at the expense of the New Yorkers they purport to serve,” said State Health Commissioner Dr. Howard Zucker. “The arrest of a physician is always disturbing news, but the reality is that most doctors are highly professional and committed to the health and well-being of their patients.”

The charges and allegations are merely accusations and the defendant is presumed innocent until proven guilty.