Recently during the program Law and Order after the Holocaust, George Oscar Lee, a Holocaust Survivor from North Hills, NY, was honored. 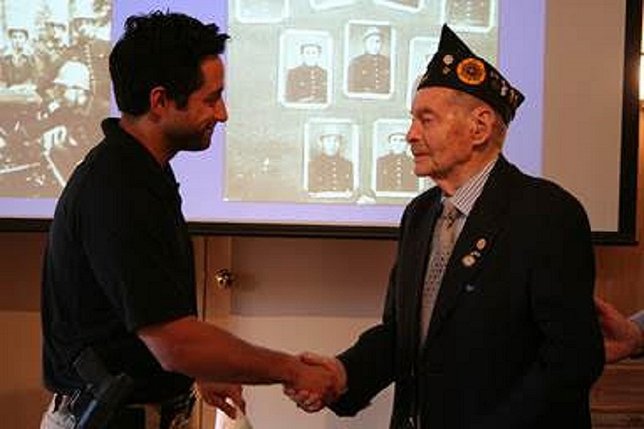 Glen Cove, NY - November 15, 2016 - Recently during the program Law and Order after the Holocaust, George Oscar Lee, a Holocaust Survivor from North Hills, NY, was honored by the Manhasset-Lakeville Fire Department and the Nassau County Police Department for taking it upon himself to create a fire brigade and professionalize the police force in the Föhrenwald Displaced Persons (DP) camp in Germany shortly after liberation.

On his second day in Föhrenwald, George saw smoke coming from one of the survivors’ apartments. He ran in and extinguished the flames. Realizing that the camp lacked a fire brigade, he got permission to form one. He was also disappointed with the few ragtag residents who called themselves police and transformed them into a well-trained, professional police force. This was the first time that George was honored for what he did at Föhrenwald. 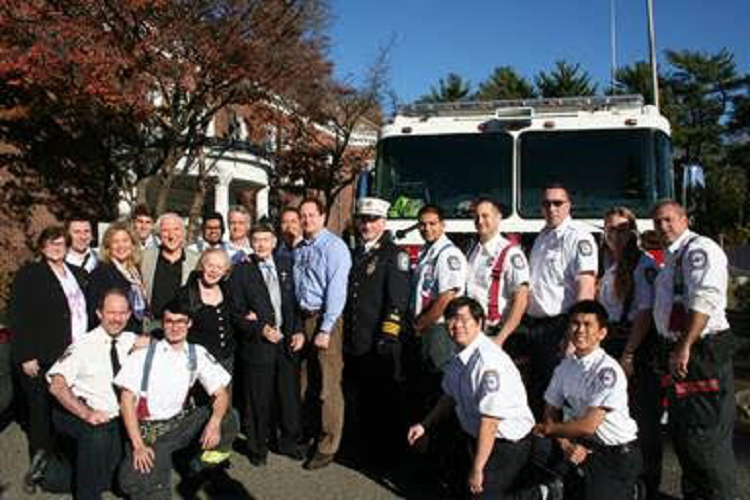 Law and Order after the Holocaust was made possible by the generous support of Astoria Bank.

For more than 20 years, HMTC has been fulfilling its mission to teach the history of the Holocaust and its lessons through education and community outreach. For more information, call (516) 571-8040, visit www.hmtcli.org or on social media: Facebook and Twitter.