Tradition continues in a much different way this year. 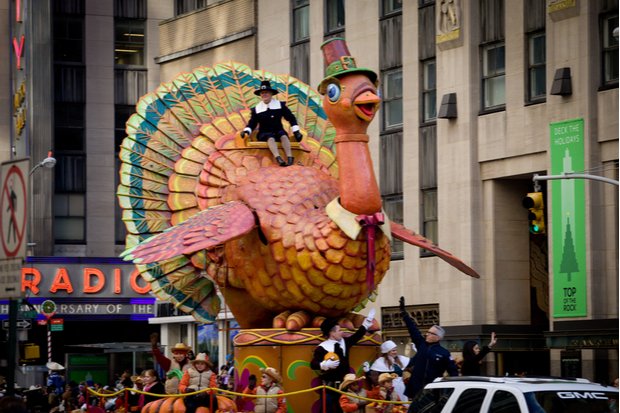 The tradition will continue, though like most things it will be very different this year. Macy’s announced earlier this year that the annual Thanksgiving Day Parade would be reimagined in light of the pandemic.

According to a report in the New York Times, the parade will not march down Manhattan for over two miles as usual. That route has been shortened to two blocks. And instead of a cast of thousands of balloon wranglers, there will be about 130. No high school marching bands either.

Beginning at 9am, NBC, will broadcast all the performances, gigantic balloons and floats from the Macy’s Thanksgiving Day Parade. The only place to see it will be from the comfort of your home - no one will be able to travel to the city to see the parade this year.

Spoiler alert: Santa Claus will still arrive in front of Macy’s flagship store on 34th Street to ring in the season.

Not all of the spectacle will be live. Some portions have been pre-taped and will air on Thanksgiving morning. The number of balloons were cut down from 16 to 12 and the organizers slashed floats from 26 to 18.

Balloon handling was altered this year as well. According to Macy’s website, the giant character balloons will be flown without the traditional 80-100 handlers and instead will be attached to specially-rigged anchor vehicles - all tested and approved by the NYC Department of Transportation and the NYPD.

Expectedly, the traditional balloon inflation public event in New York City, the evening before Thanksgiving, will not take place.

The parade will still feature new balloons and performances by Broadway casts and celebrity musicians.