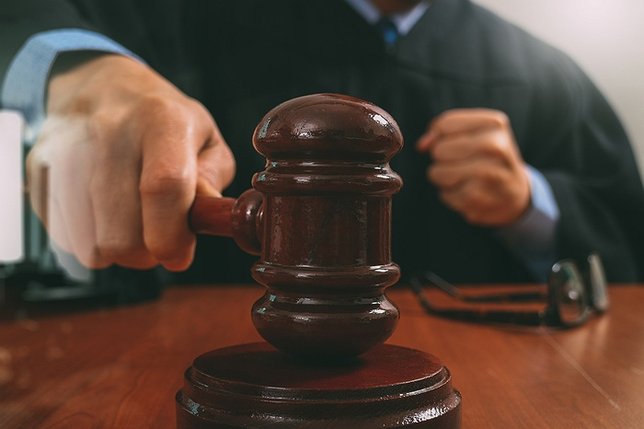 Suffolk County District Attorney Timothy D. Sini and the New York Law School Post-Conviction Innocence Clinic (“PCIC”) have announced the findings of a multi-year investigation into prosecutorial misconduct by former Assistant District Attorney Glenn Kurtzrock. The report issued today is believed to be the first publicly-issued review and audit by a District Attorney’s Office of an individual prosecutor’s compliance with disclosure obligations.
“This is a historic report, and it shows our commitment not just to righting any past injustices made by the Suffolk County District Attorney’s Office, but to making sure that kind of misconduct never occurs again,” District Attorney Sini said. “I made a promise to the people of this County when our Conviction Integrity Bureau began this review that we would be transparent about our findings, which is why we have made this report available to the public. This was an exhaustive reexamination of Kurtzrock’s cases that has resulted in the disclosure of hundreds of documents to former defendants in furtherance of our mission. I want to thank the members of the Conviction Integrity Bureau and the other Assistant District Attorneys in my Office who assisted in the review. I also want to thank the New York Law School Post-Conviction Innocence Clinic, under the leadership of Adele Bernhard, for the painstaking work that went into this investigation and report and for their continued pursuit of justice.”
“The NYLS PCIC is proud to have worked with DA Sini and the CIB team on the preparation of this Report, which exemplifies the best practices of a modern prosecutorial team: reviewing convictions to ensure justice and using information learned through the review process to ensure the entire office prioritizes justice over winning,” said Adele Bernhard, Distinguished Adjunct Professor at New York Law School and director of the PCIC.
Kurtzrock served in the Suffolk County District Attorney’s Office (“SCDAO”) from 2004 to his resignation in 2017 and was assigned to the Homicide Bureau from 2010 to 2017. In 2017, he was serving as the trial prosecutor in a homicide case, People v. Messiah Booker, when it was discovered by then-defense attorney Brendan M. Ahern that Kurtzrock had failed to produce information that was required by law to be disclosed, including evidence that identified an alternative suspect as a potential perpetrator of the crime. The violations were affirmed by a Special Referee appointed by the Grievance Committee for the Tenth Judicial District and confirmed in an opinion issued on Dec. 30, 2020, by the Supreme Court of the State of New York, Appellate Division for the Second Department, which resulted in the temporary suspension of Kurtzrock’s law license. The opinion concluded, however, that there was “no showing that he engaged in any similar conduct in any other cases.”
Upon taking office in 2018, District Attorney Sini created a Conviction Integrity Bureau (“CIB”) as the first-ever Bureau within the SCDAO whose sole aim is to achieve and ensure justice by investigating claims of innocence, remedying identified wrongful convictions, and providing proactive support and recommendations to the Office to prevent wrongful convictions. District Attorney Sini then tasked the CIB with determining if any other defendants’ fair trial rights were affected by misconduct similar to that which occurred in the Booker case and, in the event that any similar misconduct was identified, if the Grievance Committee or Appellate Division required additional information that might affect the Appellate Division’s conclusion that his misconduct was isolated.
As detailed in the report issued today by the Suffolk County District Attorney’s Office, the CIB identified several other instances in which Kurtzrock failed to turn over documents to defense attorneys that should have been produced. As a result of the CIB’s investigation and earlier reviews by experienced prosecutors within the SCDAO, the SCDAO provided supplemental disclosures in 100% of Kurtzrock’s homicide cases reviewed and in 76% of all cases reviewed.
Supplemental disclosures made in cases handled by Kurtzrock, including disclosures made by the District Attorney’s Office prior to the formation of the CIB, resulted in the dismissal of a homicide indictment against one defendant, who was released from prison after serving six years of a 75 years-to-life sentence. In the Booker case, Murder charges against Booker and three co-defendants were dropped and each of the four defendants pleaded guilty to lesser charges.
The SCDAO also provided a copy of the report to the Grievance Committee and to the Appellate Division today so that they may determine if any additional actions are appropriate.
In addition to remedying any potential harm caused by Kurtzrock’s disclosure practices, the SCDAO has taken several broader measures to address possible past prosecutorial misconduct and avoid future misconduct, including the formation of the CIB to evaluate claims of wrongful convictions; the adoption of a Voluntary Disclosure Policy in 2018, prior to New York State’s enactment of similar disclosure laws in 2020; and the implementation of a rigorous training program for Suffolk County prosecutors on their disclosure obligations. The SCDAO also intends the Kurtzrock report to be used as a resource for current members of the criminal justice system inside and outside of Suffolk County and for law students or others who hope to participate as advocates in the criminal justice system in the future.
The investigation was conducted in collaboration with the PCIC through an innovative partnership to review certain claims of wrongful conviction submitted to the CIB and to investigate systemic issues identified by the CIB or PCIC. In 2019, the partnership was awarded a $275,000 two-year federal grant through the U.S. Department of Justice’s Bureau of Justice Assistance Upholding the Rule of Law and Preventing Wrongful Convictions Program to support these efforts.