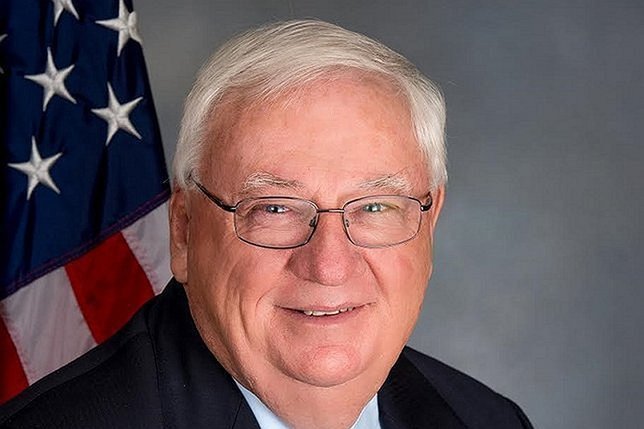 The Firemen’s Association of the State of New York (FASNY) honored Senator John E. Brooks with the 2021 FASNY Golden Trumpet Award during their 88th Annual Legislative Conference in Albany on November 7th.
Historically this honor has been awarded to New York State legislators, government officials and others who have demonstrated exceptional support for and assistance to the volunteer fire service.
Senator Brooks, from the 8th Senate District representing portions of Nassau and Suffolk Counties along the South Shore of Long Island, is being honored for his long-standing support of the volunteer fire service. His accomplishments are many, including sponsoring, supporting, and advocating for multiple pieces of legislation that are critical to the volunteer fire service. A longtime volunteer firefighter and Fire Chief himself, Senator Brooks understands the sacrifice and dedication that the more than 85,000 volunteer firefighters in New York State make on a daily basis.
Important issues and the Senator’s advocacy include:
“It is an honor to be recognized by a group of hardworking and selfless individuals who ensure the safety and wellbeing of the people of New York State,” said Senator John E. Brooks. “The dedication of our state’s volunteers is inspiring, and I am thankful for this award. The opportunity to advocate on behalf of New York’s firefighters is a great honor.”
“Senator Brooks has stood by FASNY and the volunteer firefighters and EMS responders on Long Island and throughout the state on key issues,” said FASNY President John P. Farrell. “It is my privilege to present the FASNY Golden Trumpet Award to a longtime fellow volunteer firefighter and past Fire Chief for his lifelong and vital support of the critical needs of the firefighters in New York State. His dedication to supporting legislation that directly helps the fire responders of New York State not only benefits first responders but helps the residents of New York immensely.”