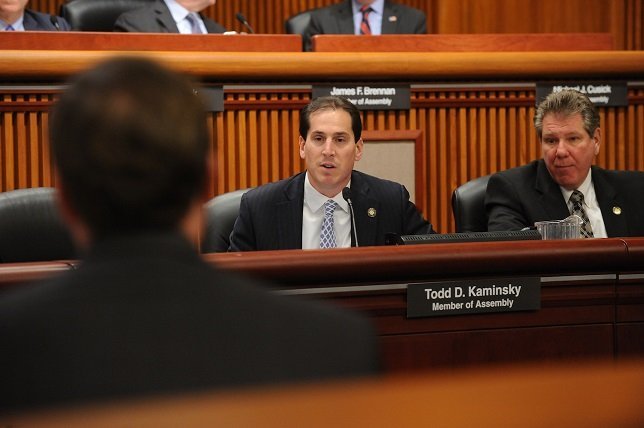 Assemblyman Todd Kaminsky is asking for the closure of a loophole in NY's Double Jeopardy law.

Albany, NY - April 19, 2018 - Today, Senator Todd Kaminsky released the below statement following NYS Attorney General Eric T. Schneiderman’s letter to the Governor and legislative leaders requesting the immediate closure of a loophole in the state's Double Jeopardy law.
“The Double Jeopardy loophole allows criminal behavior to go unpunished in our state and needs to be closed,” said Senator Todd Kaminsky. “The writers of our state’s strict Double Jeopardy statute did not take into account the President’s pardon power, and certainly did not contemplate the capricious use of that power to undermine the rule of law. I will be introducing a bill in the Senate to address the glaring loophole that Attorney General Schneiderman has highlighted, and will work to ensure its passage so that New Yorkers can rest assured that no person is above the law and that unlawful acts will not go unpunished.”
About Todd Kaminsky
Prior to holding elected office, Todd Kaminsky served as an Assistant United States Attorney in the Eastern District of New York from 2008-2014, mainly focusing on public integrity cases and where he served as Acting Deputy Chief of the Public Integrity Section. From 2004-2008, Kaminsky was an Assistant District Attorney in Queens County.