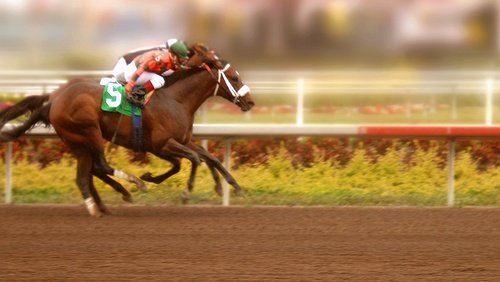 Venizelos, 54, currently serves as the Assistant Director in Charge of the Federal Bureau of Investigation's (FBI) New York Division, the largest of the Bureau's 56 field offices. With more than 27 years in law enforcement, Venizelos oversees all FBI operations and personnel within the five boroughs of New York City and eight counties in New York State, as well as those assigned to La Guardia Airport and John F. Kennedy International Airport.

In his new role, Venizelos will be responsible for commanding, directing, and coordinating the New York Racing Association's uniformed and investigative security force in all activities related to the protection, conservation, and security of company assets, employees, guests, and others. He will oversee cybercrime prevention as well as security planning, coordination, and execution for special events like the Belmont Stakes, the third leg of thoroughbred racing's "Triple Crown" series.

"The addition of George Venizelos further reflects the New York Racing Association's continued success in attracting the finest talent to our management team," said Christopher Kay, Chief Executive Officer and President. "George is deeply respected within the highest, most influential levels of the law enforcement community, and his knowledge, experience and leadership skills are exceptional. I am pleased and proud to welcome George to the New York Racing Association, and look forward to his service in the years to come."

Prior to his appointment to lead the FBI's New York Division by Director Robert S. Mueller III in October 2012, Venizelos had served as special agent in charge of the Philadelphia Division. He has held various executive-level positions throughout his career, including roles as an inspector at FBI Headquarters and special agent in charge of the Administrative Division in New York. In 2003, he served as assistant special agent in charge of the Counterterrorism Division in New York managing the domestic terrorism program with specific oversight and responsibility for New York City and the surrounding areas. During his time in the New York division, Venizelos played a vital role in the security planning and coordination of numerous special events, including the 2004 Republican National Convention and Super Bowl XLVIII.

"I would like to thank the men and women of the Bureau for the opportunity to serve this great nation. This has been an incredible journey, and I'm deeply grateful for their collaboration, support, and friendship. Together we made a difference," said Venizelos. "As I look forward to launching this new and exciting chapter in my professional career, I'd like to thank Chris Kay and the New York Racing Association for the opportunity to serve the greatest thoroughbred racing fans in the world."

Before joining the FBI, Venizelos worked as an accountant at KPMG Peat Marwick. He is a graduate of Fordham University.