Anthony DeCurtis, author of ‘Lou Reed: A Life,’ is Tom Needham’s guest this Thursday on ‘The Sounds of Film.’ 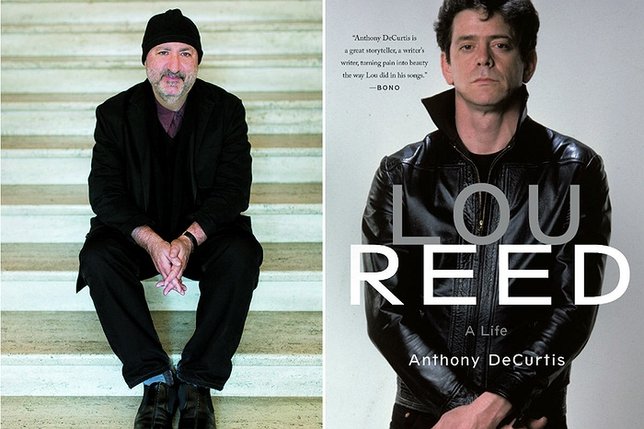 Anthony DeCurtis, the author of ‘Lou Reed: A Life.’

Photo by: Little Brown and Company

Stony Brook, NY - November 13, 2018 - Anthony DeCurtis joins Tom Needham this Thursday at 6 pm on WUSB’s ‘The Sounds of Film’ to discuss his popular book, ‘Lou Reed: A Life.’
‘Lou Reed: A Life’ is the essential biography of Long Island rock star, Lou Reed. As lead singer and songwriter for the influential Velvet Underground and as a celebrated solo artist, Lou Reed is considered to be the inventor of alternative rock. His music violated all definitions of genre, while his lyrics spoke to millions of fans. The man who created massive hits like “Walk on the Wild Side” and “Sweet Jane,” also pushed boundaries with unconventional albums like ‘Berlin,’ ‘Street Hassle,’ and ‘Magic and Loss.’ DeCurtis’ book examines an artist who was always reinventing his personae, sexuality and sound. The book also explores his unique relationships with other legends like David Bowie, Andy Warhol and Laurie Anderson.
Anthony DeCurtis is a contributing editor for ‘Rolling Stone,’ where his work has appeared for over 35 years. He is the co-writer of Clive Davis’ ‘New York Times’ bestseller ‘The Soundtrack of My Life.’ He is a Grammy winner and has served as a member of the Rock and Roll Hall of Fame’s nominating committee for more than 20 years.
About the Sounds of Film
The Sounds of Film is the nation’s longest running film and music themed radio show. For the past 30 years, the program has delivered a popular mix of interviews and music to listeners all over Long Island, parts of Connecticut and streaming worldwide live on the internet. Past people interviewed for the show include Laurie Anderson,  Bob Geldof, Garland Jeffreys, Elliott Murphy, Chuck D., producer Martin Bisi, Rock and Roll Hall of Fame CEO Joel Peresman, DA Pennebaker, director Thomas Zimny and composer Carter Burwell.