A Look at MS-13 Violence on Long Island, And What’s Being Done to Combat It

MS-13’s activities, which range from illegal immigration and human trafficking to drug dealing and murder, have drawn the attention of both politicians and law enforcement. 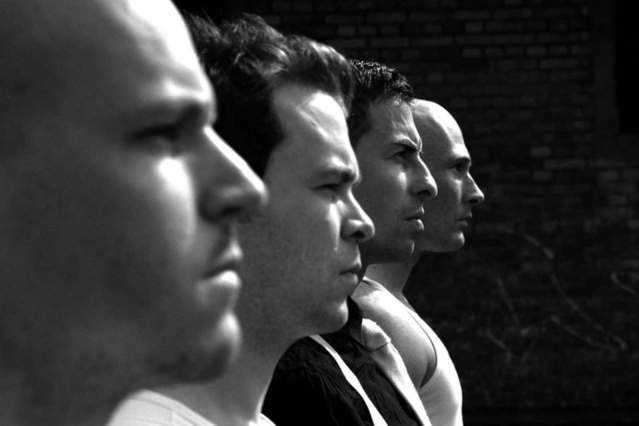 Long Island, NY - November 10, 2017 - Across the county – and, recently, on Long Island – the name “MS-13” has conjured images of crime, violence, and fear amongst the populace. Short for “La Mara Salvatrucha,” the fearsome Central American street gang can trace its origins back to 1980s Los Angeles, California, and later spread from that region south through Mexico and Central America and eastward across the United States.

An infamous presence, its membership are known for their ruthlessness and their typically frightening appearance, often adorning themselves in full-body tattoos (facial tattoos, previously the norm, have been eschewed in recent years for the sake of anonymity) and communicating by a unique form of sign language as a means of identifying themselves to other gang members.

MS-13’s activities, which range from illegal immigration and human trafficking to drug dealing and murder, have drawn the attention of both politicians and law enforcement, and their recent encroachment onto Long Island, according to police, has resulted in 17 murders since January of 2016. In October of 2017, NY Congressman Lee Zeldin called upon the U.S. Department of Justice for additional resources to combat the issue street gangs posed to the citizens of Long Island; Zeldin’s plea referenced the particularly brutal murder of four young Latino men in a wooded Central Islip area in April of this year, where the victims were lured and subsequently killed with knives, wooden clubs, and machetes by members of MS-13.

“Only six months ago, four young men, two of whom were residents of the First Congressional District, were brutally murdered by this vicious gang is a senseless act of violence. MS-13’s brutality truly knows no bounds,” he said. “However, this is a fight which can be won. The federal government is taking a no nonsense approach to eradicate violent gangs, including an announcement just last week that the Department of Justice would be designating MS-13 as a new focus within the Justice Department’s Organized Crime Drug Enforcement Task Forces.”

In addition to the infamous 2017 Central Islip killings, there have been numerous other local acts of violence and killing over the years attributed to the gang, including a 2007 incident in which Julio Chavez, a Long Island-based MS-13 member, allegedly killed a man whom he mistook as a member of the rival Bloods street gang, mainly because the victim was wearing a red sweatshirt; a 2009 shooting by Long Island MS-13 members Edwin Ortiz, Jose Gomez Amaya and Alexander Aguilar, who had also mistaken innocent victims for rival gang members; the alleged executions of a Long Island mother and her 2 year-old son in 2010 by MS-13 member Rene Mejia; and the 2017 murders of two teenage girls in Brentwood, a horrific crime that eventually lead to the arrest of over a dozen MS-13 members in connection to it. This double homicide also involved the use of machetes, leading to the introduction of legislation in March by New York State Senator Phil Boyle that would prohibit the sale of machetes to minors.

Suffolk County Police Commissioner Timothy D. Sini has commented on the violence perpetrated by MS-13, saying that it is employed often as a blunt instrument against any perceived slight or instance of disrespect.

Much of MS-13’s Long Island activity has been located in Suffolk County, and to help address the problem New York Governor Andrew M. Cuomo in September of this year announced the deployment of a new Gang Violence Prevention Unit – consisting of 10 State Troopers – to the top 10 high-risk Suffolk County schools that currently serve as ground zero for gang activity and recruitment.

"Our number one job in government is to keep all New Yorkers, and especially our children, safe. By partnering with our schools, we will be better prepared to stop gang activity before it starts and end this heinous cycle of violence," he said. "This is just one step in our ongoing efforts to eradicate the threat of MS-13 and ensure that every student remains on the path to a bright future."

Recently, the federal government has thrown its considerable weight into the fray against MS-13 here on Long Island; in the wake of the Central Islip murders, United States Attorney General Jeff Sessions held a press and government-only event at the Federal Courthouse in Central Islip this past April to offer his support in what he referred to as a new offensive against the criminal element in our country.

“President Trump talked to me personally about the murders that you've seen here of young people recently... this September, two teenage girls were beaten to death using a baseball bat and a machete. Earlier this month, police in Central Islip found the bodies of four young men, ranging in age from 16 to 20. They'd been murdered and their bodies were dumped in a park,” he said. “Gang violence has been in the headlines right here on Long Island, and my team and I are going to do a better job of confronting it. Groups of murderers, rapists, traffickers and thugs are carrying out a frontal assault on the rule of law...they must not be allowed to take control of a single city block or street corner. We're not going to let it happen.”

In July, President Donald J. Trump also visited Long Island to give his two cents on the problems with gang violence in the region, speaking to gathered members from numerous branches of law enforcement at the Brentwood-based Michael J. Grant Campus of Suffolk County Community College. Trump derided the activities of MS-13 and their ilk, and vowed to give police the tools they need to combat and defeat their menace once and for all.

“The MS-13 cartel has spread bloodshed throughout the United States…for many years, they exploited America's borders, lax immigration enforcement, and weak political leadership to bring drugs and violence to cities and towns all across America. Those days are over...we're going to enforce our laws, protect our borders, and support our police like our police have never been supported before,” he said. "Our hearts and our nation grieve for the victims and their families…MS-13 gang members have brutally murdered 17 beautiful young lives in this area on Long Island alone. They butchered those little girls, they kidnap, they extort, they rape, and they rob. They’re animals, and we cannot tolerate, as a society, the killing of innocent, young, wonderful vibrant, people…sons and daughters, husbands and wives. We cannot accept this violence one day more.”