Schumer: DOD & VS Health Records Are Not Compatible & Not All Are Electronic - One of the Biggest Causes of VA Benefit Backlog 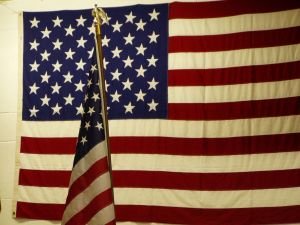 Nov. 6, 2013 - Washington, DC - Just ahead of Veteran’s Day, U.S. Senator Charles E. Schumer called for the Department of Defense (DoD) and the Department of Veteran’s Affairs (VA) to create interoperable, electronic health records for service members, in order to address the serious delays in processing almost 15,000 Upstate New York veterans’ disability and other benefits. Currently, a veteran has one set of health records for healthcare under DoD and a different, incompatible set of records must be created for benefits and healthcare service by the VA. During the transition from active duty to separation and retirement, it takes the VA’s Veteran’s Benefits Administration a significant amount of time to access and analyze DoD medical treatment records. This is one of the leading reasons New York veterans wait an average of 400 days to start receiving veteran’s benefits; with average wait times out of the Buffalo and New York City VA’s over 300 days each.

Schumer pushed a two pronged plan, cosponsoring two important bills that would directly address the backlog.  Schumer will fight for their inclusion in the National Defense Authorization Act (NDAA) legislation coming to the Senate floor in the coming weeks.  First, his plan would require that the DoD and the VA create an interoperable, electronic health record system to speed up processing and ensure that every service member maintains a continuous health record throughout his or her life. Second, Schumer’s effort would require the VA to establish a task force to hire and train additional claims processors, to define monthly processing goals and to publicly document progress towards eliminating the backlog.  Schumer also explained that, with more and more troops returning home from the recent conflicts in Iraq and Afghanistan, the need to revamp the way the VA and the DoD process claims has increased dramatically.

“While we shouldn’t need a reminder, Veteran’s Day provides a solemn one for all of us – we don’t expect delays from our soldiers when they are shipped overseas and placed in a combat zone, so we shouldn’t tolerate delays of such a significant magnitude from the Department of Defense and the Veteran’s Administration when our soldiers seek to access the benefits they are entitled to,” said Schumer. “With nearly 15,000 backlogged claims in Upstate New York alone, clearly we need improved communication between the Department of Defense and the VA, so that our vets can have the benefits they deserve in a timely manner. I’m pushing legislation that would swing the DoD and the VA into high gear: to hire more claims processors, define quantifiable goals, and most importantly, create an interoperable and continuous electronic health record for each veteran to increase the efficiency of processing claims.”

Electronic health records play a critical role in providing top rate healthcare for active duty servicemembers and veterans. When a servicemember leaves the military service, through discharge, separation or retirement, he or she may be eligible for VA benefits and services, including VA health care. Benefits and services through the VA hinge on records, health testing and more from DoD, and the VA must collect that information and develop its own set of records. Schumer pointed out that for those who are injured in combat operations, the treatment path stretches from the battlefield to inpatient/outpatient care in the United States to servicemembers' transition back into military duty and/or civilian life. Medical information is captured during each of these phases, and the level of VA benefits a vet receives hinges on all of that information.  Schumer noted that this involves coordination of data and information between the two agencies, and in a modern world should be done seamlessly for the 150,000 members of the military that change from active duty to veteran status each year, according to CRS.

However, a March 2013 report by the Government Accountability Office (GAO) found that “delays in obtaining military service and medical treatment records, particularly for National Guard and Reserve members, have significantly lengthened the evidence gathering phase,” and these delays “impact VA’s duty to assist, possibly delaying a decision on a veteran’s disability claim.” Schumer explained that because health records are not compatible - and sometimes not even all digital – veterans often experience gaps in their health record that can result in repeated or additional medical tests, greater costs, and an average of approximately 400 days for the VA to process new claims in New York, according to the VA. The most recent data on wait times for veterans placing claims to the Buffalo and New York City VA processing centers average over 300 days each.

Schumer explained that to address the unacceptable number of veteran’s benefit claims waiting to be processed, and the excessive wait times for each of those claims, he is supporting the Servicemember’s Electronic Health Records Act of 2013. Led by Senator Bill Nelson (D-FL), the bill requires the Secretaries of Defense and Veterans Affairs to implement electronic health record systems that provide for the full interoperability of personal health care information between the two agencies. Schumer said that the VA and DoD have made some progress towards this goal, but it has taken far too long. This legislation puts an important deadline on that effort, one year from the enactment of the law.

Schumer also pushed for the Claims Processing Improvement Act of 2013introduced by Senator Bernie Sanders (I-VT), legislation that would hold the VA accountable by requiring it to publically report information on both its projected monthly goals and actual production so that Congress and the public knows if the VA is working toward eliminating its backlog. The bill would also establish a task force to hire and train claims processors, and develop tactics to attack and eliminate the backlog in the processing phase.  Schumer is a cosponsor of both Acts and will push for their inclusion in the National Defense Authorization Act (NDAA) set to come before the Senate in the coming weeks.

The DoD and the VA have worked to improve this exchange of health records, and spent a significant amount of time and money to build a single integrated electronic health record. However, in February 2013, the agencies announced that this plan was no longer feasible and would therefore focus on integrating VA and DOD health records through interoperability. This would create a continuous health record between the DoD and the VA, but not necessarily a single identical health record. While Schumer noted that a completely integrated system is ideal, the current plan for electronic medical records that are compatible between both agencies is important progress.  He is seeking legislation that would bolster that mission with firm deadlines, and instruct both agencies to take the necessary administrative steps – like hiring more claims processors and mandating regular progress reports – to alleviate the backlog.

“I can think of no better way to honor Veteran’s Day than to rededicate ourselves to what is a national duty—to take care of our men and women in uniform when they come home,” Schumer continued.  “Working to end the backlog at the VA is just a component of that duty – but an important one – and these changes would be a crucial step in the right direction.”