Whale was spotted in the Atlantic in good condition. 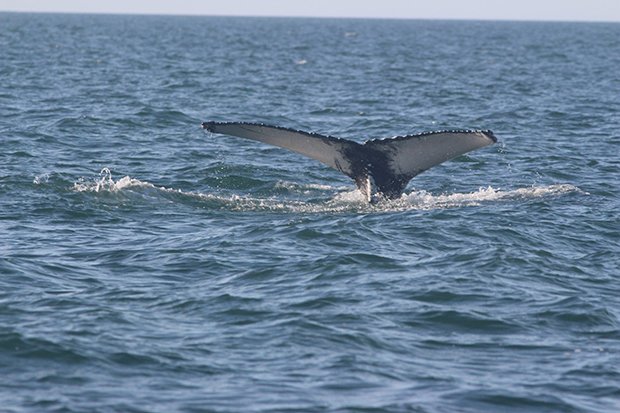 The Atlantic Marine Conservation Society (AMCS) responded to a report about a humpback whale entangled somewhere in the Atlantic ocean off Montauk. Along with East Hampton Marine Patrol and U.S. Coast Guard Station Montauk the AMCS biologists were able to locate the whale two miles offshore in Long Island Sound, according to a post on Facebook.

“The animal had initially been reported to be entangled in rope and moving slowly,” the organization wrote. “When the team sighted the whale, it appeared to be moving freely.”

They observed the whale for about 15 minutes, before it swam off. Gear found in the water near the whale was removed.

AMCS asks that the public keep an eye out for the whale and report any sightings of this animal or other stranded or entangled marine life.

“We are grateful to the person who reported the whale,” they said.