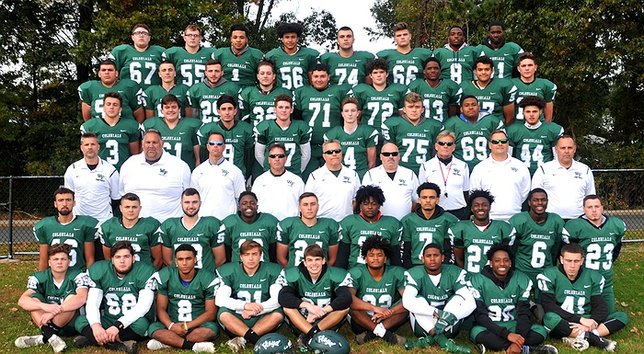 Mastic Beach, NY - November 1, 2018 - The William Floyd Colonials varsity football team just concluded an historic undefeated regular season (8-0) which ranks among the top seasons in William Floyd varsity football history. The Colonials steamrolled their opponents in eight straight outscoring their opponents 345-64, and in the process secured themselves an 18th consecutive playoff berth, another Big 4 Championship and the No. 1 seed in Division I, which means the road to Stony Brook University and the Suffolk County championship must go through Mastic Beach. They are also the No. 1 ranked large school team in New York State according to the New York State Sportswriters Association. The Colonials host the Central Islip Musketeers this Saturday, November 3 at 2 pm in the first round of the playoffs. William Floyd visited Central Islip in week five resulting in a 47-7 victory for the Colonials.
Paul Longo, head coach of the Colonials, has been at the helm for the past 24 years and has coached many great Colonial teams. This year’s group is among the very best.
“One of our biggest strengths as a team is our defensive line,” said Coach Longo. “Keith Winfrey, Gary Anderson and P.K. Kite are among the best defensive players I’ve coached.” Coach Longo added that the experience at the skilled positions is a huge strength of the team. “Our skilled position players including Nick Silva and Mack Driver have played in big games before. They have been in Suffolk Championships, Long Island Championships – they know what it takes to get there and they know what it takes to win those games. That is a huge plus for us moving forward.” 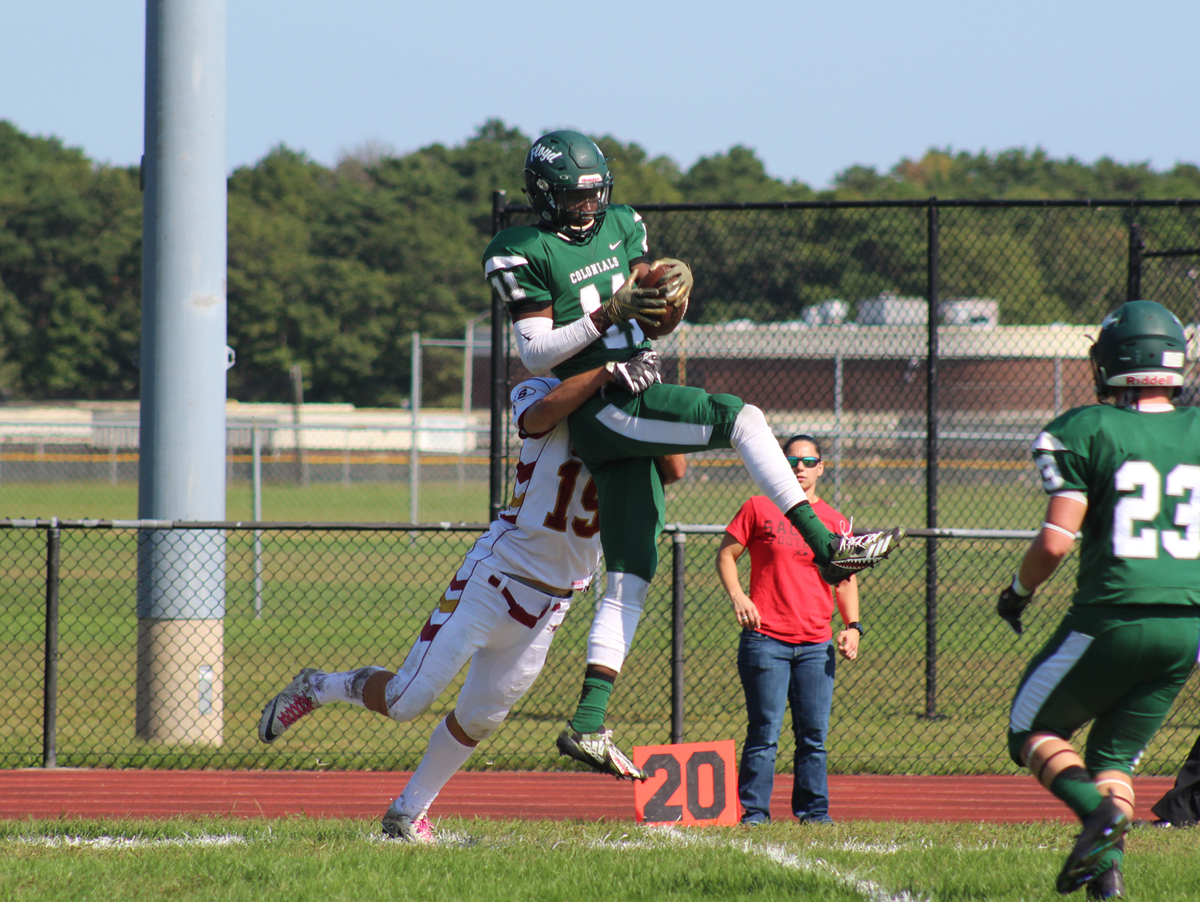 Photo Credit: William Floyd School District
There will always be room for improvement despite an undefeated record according to Coach Longo. “If you are complacent and settle with where you are at, then you can get beat. We must improve every week in all facets. We know that whoever we face [that team] will give us their best because of our record, so we too must be at our best.”
There is a long list of standout players on both sides of the ball this year for the Colonials. Senior running back and linebacker Nick Silva finished his regular season with 17 total touchdowns – 13 on offense and four on defense. Offensively, he rushed 60 times for 530 yards and 12 touchdowns and made five receptions for 50 yards and one touchdown. On the defensive side of the ball, he finished with 30 tackles, 1.5 sacks and four defensive touchdowns (three fumble recoveries and one interception). Senior dual-threat quarterback Mack Driver finished with 588 passing yards, 341 rushing yards, nine passing touchdowns and seven rushing touchdowns. Senior wide receiver Jordan Clinton finished with 18 catches for 338 yards and 6 touchdowns.
On defense, Keith Winfrey, a preseason top 100 Long Island football player according to Newsday (along with Silva, Driver and Anderson), tallied 33 tackles, 15 of those being for a loss of yards and a team-leading five sacks. Junior linebacker Andrew Minelli had 24 tackles and two sacks. Senior cornerback Greg Trent led the team with two interceptions. Senior defensive lineman P.K. Kite also added 24 tackles, nine being for a loss and three sacks.
These stats were amassed in about two quarters per game as Coach Longo pulled the starters when the outcome of the game was no longer in question.
On having home field advantage in the playoffs, Coach Longo said, “I think there is a real advantage of playing on your home field. Our players are used to our grass field and playing in front of our great crowds so we are looking forward to it.”
The Colonials currently own five Long Island Championships (2005, 2006, 2007, 2011 and 2012) and 10 Suffolk County Championships (2001, 2003, 2005, 2006, 2007, 2009, 2010, 2011, 2012 and 2016).
Congratulations to Coach Longo, his entire coaching staff and the student-athletes on a tremendous season. Good luck in the playoffs!