Nassau County Executive Edward P. Mangano and the Museum of American Armor today announced an essay challenge in conjunction with the Theodore Roosevelt Council of the Boy Scouts of America. 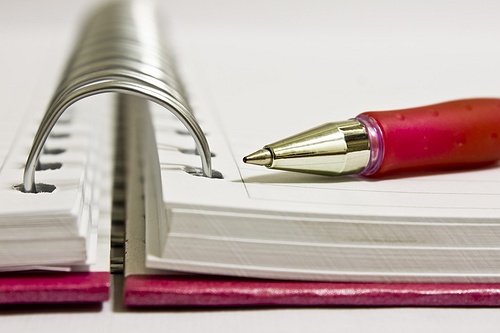 Old Bethpage, NY - October 31, 2014 - Nassau County Executive Edward P. Mangano and the Museum of American Armor today announced an essay challenge in conjunction with the Theodore Roosevelt Council of the Boy Scouts of America. The essay challenge is designed to create a better understanding of the heroes within our own families and those throughout our communities with as much as $10,000 in scholarship awards to be presented to the selected winners.

The Theodore Roosevelt Council serves thousands of youngsters throughout Nassau County, and the museum is challenging the scouts to write and submit an essay that relates to the military experiences of members of their own families, neighbors or members of their local veterans organization. Three winners will be chosen from the entries received.

Nassau County Executive Edward P. Mangano, a recent honoree of the Theodore Roosevelt Council of the Boy Scouts of America, endorsed the effort noting, “Within a mere handful of months, the Museum of American Armor has already become a powerful destination that honors those who have worn the uniform of our country’s military. Equally important, it has become a compelling educational center that presents a new generation of Americans with a history lesson.  I am delighted with this emerging partnership between the Scouts and the armor museum.”

Museum president and founder, Lawrence Kadish, stated, “The Boy Scouts have a nearly century old tradition of providing educational programs for boys and young men for the purpose of building character and to provide them with the foundation to be a full, participating partner in our democracy. What better way to assist that goal than to provide the means of reflecting on those who have defended our nation and those Americans who continue to do so.”

Mr. Kadish stated that $10,000 in scholarship dollars will be distributed to selected winners with first prize being $5,000, second prize, $3,000, third prize, $2,000 and a half a dozen honorable mentions being offered opportunities to climb aboard period operational armor at the Museum of American Armor at Old Bethpage Village Restoration.

Jay Garee, Scout Executive for the Theodore Roosevelt Council, stated, “We are honored to participate in this program and envision this being the first in a series of exciting opportunities for both our scouts and the museum. There is no question that the Museum of American Armor has quickly become an important educational resource for every visitor, and our scouts can play an important role in contributing to that goal.”

Opened in cooperation with Nassau County and County Executive Edward P. Mangano, the Museum of American Armor at Old Bethpage Village Restoration is a living tribute to every American who has worn the uniform and those who continue to defend our nation today. Its collection includes World War II tanks, artillery, armored cars and weapons that broke the back of the Axis powers some seventy years ago. It is open Wednesday through Sunday, between 10:00 a.m. and 4:00 p.m.

Requested donations at the museum are $10, adults; $7, children 5 - 12 (under 5 are free); and $7 for seniors, volunteer firefighters and veterans.