FAA Will Now Allow Electronics to Be Used Throughout Entire Flight

Changes in FAA guidelines allow for the use of electronics during takeoff and landing, but cellphones will still follow specific restrictions. 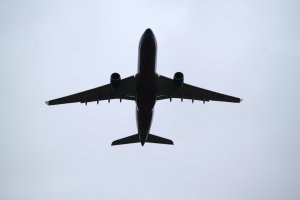 October 31, 2013 - Travelers will soon discover a newfound freedom when they board an airplane and prepare to shutdown their smartphones or other electronics. The Federal Aviation Administration announced this morning that it will now allow the use of most personal electronics from gate to gate, thereby lifting a longstanding restriction which barred passengers from using their devices before ascending to 10,000 feet. Laptops, tablets, e-Readers, mp3 players, and other portable electronic devices will soon be fair game throughout the entire flight.

The former ban was originally put in place to address safety concerns predominately centered on radio frequencies. Airplanes use an array of sensitive instruments to communicate with towers and navigate the skies; the signals emitted by personal electronics have the potential to interfere with those instruments.

Over the past year, however, the FAA has received input from airlines, passengers, aviation manufacturers, pilots, and the mobile tech industry pushing for an easing of that restriction, and has examined the actual impact of mobile electronics on airplanes. The studies found most emissions by such devices are negligible, posing no real threat to airplane safety, and that there would be no harm in having them powered on during takeoff or landing.

“We believe today’s decision honors both our commitment to safety and consumer’s increasing desire to use their electronic devices during all phases of their flights,” said Transportation Secretary Anthony Foxx. “These guidelines reflect input from passengers, pilots, manufacturers, and flight attendants, and I look forward to seeing airlines implement these much anticipated guidelines in the near future.”

A number of regulations will, of course, still apply. As safety remains the Administration’s primary concern, devices will still need to be shut off during periods of low visibility since certain landing systems may be less tolerant of electronic interference during such times. The FAA estimates this to occur only in about 1% of all flights.

Heavier items such as large laptops will need to be stored either underneath seats or in overhead luggage compartments during takeoff and landing to prevent potential injury; smaller devices will need to be securely held or placed in a seat pocket.

All devices with cellular antennas must still be kept in “airplane mode” with cellular connections turned off. These items put out a much stronger signal as they are meant for communication across great distances, and could very well impair flight equipment. Smartphones and tablets will remain usable for viewing media stored on the devices, and can connect to WiFi on flights which provide it, but they cannot be used to make phone calls.

The FAA expects to see airlines start implementing these new regulations by the end of the year, but the switch will not occur overnight. Before planes can start allowing the expanded use of electronics they must first be inspected to ensure potential electronic interference will not be an issue for the flight controls being used. Once safety is established, airline will need to revise manuals, crewmember training materials, passenger briefings, and carry-on baggage programs. Actual implementation of the new rules will vary from airline to airline, but it likely will not be long before most of them make the change.