SCPD Officer Stabbed in Altercation Back to Work

Officer Christopher Racioppo was promoted to detective in the Criminal Intelligence Bureau. 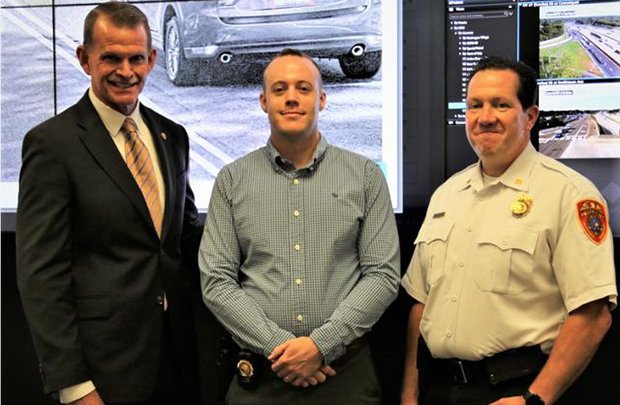 Christopher Racioppo, the Suffolk County Police Department officer who nearly died after he was stabbed during an altercation with a drunk driver back in April, is back on the job. Racioppo was given a detective badge this summer at his new job in the SCPD Real Time Crime Center.

When Racioppo was stabbed in the leg, the quick-thinking actions of fellow officers and good Samaritans on the scene saved his life. His injuries were grievous and required emergency surgery to save his life. According to a statement from the SCPD, doctors had to replace almost all of Officer Racioppo’s blood and following months of strenuous rehab, Racioppo returned to work this fall.

“Racioppo’s determination and hard work is an inspiration to us all,” the statement said.