Suffolk police have arrested two people for a string of 15 robberies. 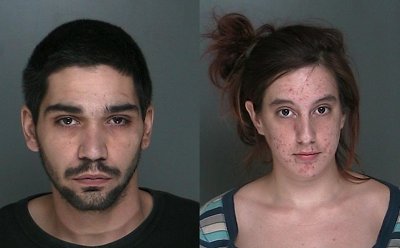 Following a lengthy investigation into a pattern of robberies targeting businesses, including six at Subway restaurants, two people were identified as suspects. Detectives determined that Christopher Marino committed 15 armed robberies during which he stole cash. His girlfriend, Jamie Greco, waited in a vehicle and drove Marino away from the scene.
Marino, 29, and Greco, 23, both of 37 Cedarhurst Ave., Medford, were charged with 15 counts of Robbery 1ST Degree. The robberies occurred at:
Marino and Greco were both scheduled for arraignment today in First District Court in Central Islip.
Below is a video courtesy of SCPD Official YouTube Page, showing footage of the December 9th Subway robbery.