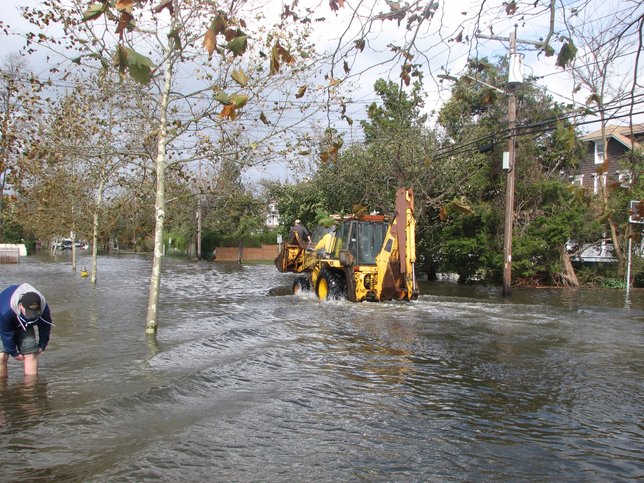 At the conference, the Governor unveiled a statewide Emergency Management Certification and Training Program that will establish uniform disaster response protocols for first responders and local officials. In addition, the Governor announced federal approval for New York’s request to use the federal Wireless Emergency Alert system when the state needs to send location-specific information to New Yorkers before, during or after an emergency.

The Governor also presented awards to New Yorkers who demonstrated extraordinary heroism and courage during Hurricane Irene, Tropical Storm Lee, Superstorm Sandy, or the flooding this past summer in the Mohawk Valley and other parts of Upstate New York.

During the conference, the Governor and participants discussed lessons learned from the major storms over the past two and a half years and steps the state has taken since to strengthen our emergency preparedness and response capabilities.

“After experiencing Superstorm Sandy, Hurricane Irene and Tropical Storm Lee in the last few years, it is clear that New York State must be prepared for today’s ever changing climate,” Governor Cuomo said. “On the eve of Sandy, this conference provides an opportunity for first responders and local officials to discuss the lessons we have learned from the three ‘one hundred year storms’ we’ve incurred in the last three years that impacted communities across the state and take actions to address future emergencies, both natural and man-made. Among those actions, we are launching the State’s first-ever Emergency Management Certification and Training Program to establish a more effective and streamlined emergency response on all levels of government, and we have obtained approval to use the federal Wireless Emergency Alert system to better reach New Yorkers during a future emergency. We are also using this occasion to recognize the first responders and citizens who went above and beyond the call of duty to perform truly heroic actions during these last three storms. It is an honor to host the men and women who work every day to ensure the protection and safety of New Yorkers, and together, we can build a safer New York for years to come.”

The NYS-EMC certification is required for grant submission eligibility for any NYS Division of Homeland Security and Emergency Services-administered grant for County Executives and Emergency Managers.

“Governor Cuomo is committed to establishing and maintaining the most effective emergency response protocol in the nation,” NYS Division of Homeland Security and Emergency Services Commissioner Jerome M. Hauer said. “With the launch of this training program we will provide a comprehensive and unified training effort that will strengthen local emergency response capabilities and provide our citizens with a safer environment.”

Stephen J. Acquario, executive director, NYS Association of Counties, said, "Over the past three years New York State has endured some of the worst natural disasters in our history and Governor Cuomo has worked to make our state stronger and our citizens safer. Today's conference brings together professionals from across the State to share information on the lessons learned from those disasters, and the new statewide training and certification initiative that Governor Cuomo has developed will enhance counties' response and recovery efforts for the future.”

Kevin Niedermaier, President, New York State Emergency Management
Association said, "I would like to thank Governor Cuomo for taking the initiative to develop and implement a statewide emergency management training program to strengthen and support every region. With better preparedness and response capabilities, we will make all New Yorkers safer."

Mobile Phone Alert System for Emergency Situations
Governor Cuomo today announced that the Federal Communications Commission (FCC) and FEMA have approved New York’s request to use the federal Wireless Emergency Alert system when the state needs to send location-specific information to New Yorkers before, during or after an emergency.

Announced by the Governor in the 2013 State of the State address, the Wireless Emergency Alerts will appear like text message, accompanied by a sound or vibration. The system allows the state to localize messages by sending the alert to everyone with a mobile phone in an entire county, or a specific city or village, or even a large neighborhood.

Messages will include directions to evacuate, the location of a nearby food station or local shelter, information about local power restoration, or other location-specific information that New Yorkers would need in an emergency.

The federal Wireless Emergency Alert system is designed for three purposes: imminent threat of severe weather alerts and other emergencies; Amber alerts; and Presidential alerts. Today’s approval gives New York authorization to include critical pre- and post- storm information in the severe weather event/emergency imminent threat category. The Wireless Emergency Alert system will complement the other elements of our NY Alert system, which enables New Yorkers to sign up to receive emergency messages by text message, email, phone or through the state’s NY Alert app.

New Yorkers recognized today by the Governor for their service during and in the aftermath of the storms include:

Lessons Learned from Irene, Lee, and Sandy
Following the major storms, the Governor announced the creation of the NY Ready Commission tasked with preparing the state's networks, systems and structures to withstand a major weather event, and the NY Respond Commission tasked with ensuring the ability and capacity to effectively respond to a natural disaster. The Commission's issued their key preliminary recommendations in January 2013, and a series of new initiatives were included in the Governor's 2013 State of the State agenda and subsequently enacted.

The commissions' recommendations accounted for the reality that severe weather events are increasing in frequency and impact, and responding to the new normal would require a series of new and improved approaches including access to reliable and timely data; state-of-the-art training and preparation; better coordination within and across all sectors; more resilient systems to ensure that critical needs like fuel and communication can be met after an emergency; and a heightened focus on the most vulnerable populations.

Actions taken by the state as a result of the commissions' recommendations include: