Governor Cuomo announced the NYS Police and local law enforcement agencies will increase patrols to crack down on drunk and impaired driving this Halloween weekend. 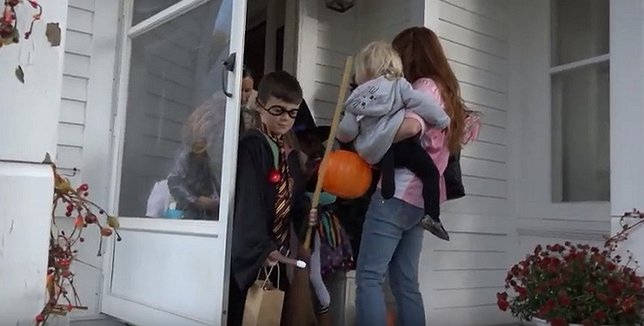 "Time and time again, we have seen this holiday become the date of avoidable tragedies caused by dangerous, reckless and unacceptable behavior behind the wheel," Governor Cuomo said. "To keep our roadways safe, the state will increase the presence of law enforcement in every community and I urge all New Yorkers to assist in these efforts by making responsible decisions so that everyone can have a safe and happy Halloween."

According to the National Highway Traffic Safety Administration, in 2015, 52 percent of all highway fatalities across the nation on Halloween night (6 p.m. Oct. 31 to 5:59 a.m. Nov. 1) involved a driver or a motorcycle rider with a BAC of .08 or higher. During the Halloween initiative in 2015, New York State Police arrested 167 people for DWI and issued more than 7,600 tickets for speeding, distracted driving and other traffic violations. Troopers also responded to more than 737 crashes, which killed two people and injured 85 others. In addition, 26 counties participated in last year’s Halloween crackdown resulting in 77 DWI/DWAI arrests, 11 DWAI-Drugs only arrests, 85 other arrests and 904 Vehicle and Traffic summonses.

State and local law enforcement will be extra vigilant in their efforts to protect families and their loved ones on New York’s roadways, as Halloween falls on a Monday this year. Motorists can expect to see a number of sobriety checkpoints and additional patrols over the weekend. Troopers will also conduct a special enforcement detail to crack down on the sale of alcohol to minors.

State Police Superintendent George P. Beach II said, "Halloween is a weekend of fun, but can also be a lesson in responsibility on New York’s roadways. We urge drivers to be smart and make the right choice to not drink and drive. Please use other resources to not get behind a wheel this Halloween weekend. Troopers will be out in force making sure this Halloween is a safe one on the roads."

Acting GTSC Chair and DMV Executive Deputy Commissioner Terri Egan said, "Law enforcement will be placing a high emphasis on safety and responsibility this Halloween weekend. We are asking that if you are going to drink, please act responsibly. There are many options to consider other than getting behind the wheel after drinking. Please be smart and take the proper measures to have a safe and happy Halloween weekend."

Troopers will use marked State Police vehicles and Concealed Identity Traffic Enforcement vehicles as part of the crackdown. CITE vehicles allow Troopers to better observe driving violations. These vehicles blend in with every day traffic but are unmistakable as law enforcement vehicles once the emergency lighting is activated.

The New York State Police and the Governor’s Traffic Safety Committee ask that everyone follow these easy steps to enjoy a safe Halloween without jeopardizing the lives of others on and off the road.

In addition, Governor Cuomo launched an education campaign in June that emphasizes the “See! Be Seen!” message for driver and pedestrian awareness. The messaging of this campaign is especially relevant this Halloween weekend.

The “See!” aspect of this campaign encourages drivers to:

The “Be Seen!” aspect of this campaign encourages pedestrians to: