The Village of Bayville Board of Trustees and Mayor Paul Rupp recently announced the progress of key initiatives intended to improve Bayville’s fiscal standing, boost local businesses and restore Bayville to its idyllic seaside resort ... 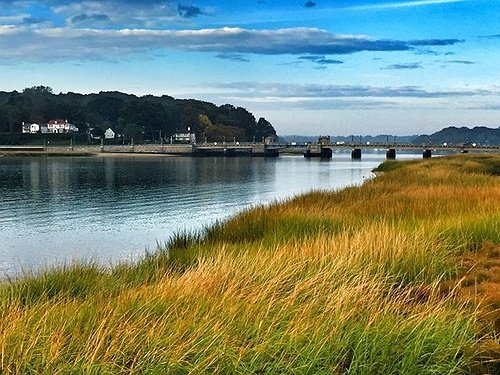 Since July 2014, the Village of Bayville has been removed from the New York State Comptroller’s list of fiscally stressed villages, improving from a score of 65.4 percent (significant fiscal stress) to 30 percent (no designation) based on New York State algorithms to measure the financial health of municipal entities. In spite of unforeseen expenses, Bayville stayed within the state-mandated tax cap and continues to operate within its adopted budget. In addition, the Village recently received funding under the Community Development Block Grant Program to rehabilitate a number of commercial and residential properties, and successfully refinanced $3.2 million in long-term debt resulting in $300,000 in savings. As a result of the Board of Trustees’ commitment to fiscal responsibility, the Village has maintained its Moody’s debt rating of A1.

The Village of Bayville has also invested heavily in infrastructure and beautification efforts to restore and improve Bayville’s aesthetics. Since last July, new bistro tables and seating were installed and more than 3,000 daffodils were planted in the Village Commons. The Island by the police booth has been refurbished and the street and seawall at Creek Road has been repaired. At West Harbor, buildings have been refurbished and the drainage system has been upgraded. Docks at the Creek Marina Beach have been repaired; portions of Godfrey Avenue and Perry Avenue have been repaved; and Village Hall has been renovated with new gutters, better lighting and a new emergency generator.

“Maintaining fiscal responsibility and beautifying our Village is key to our residents’ quality of life. Working with local businesses makes these efforts sustainable,” said Village of Bayville Deputy Mayor Joe Russo. “By improving government openness and communication we have been able to assist existing businesses by eliminating blight in Bayville’s business districts, providing access to grants for improvements to the central business district and working with county leaders to improve local traffic flow. As a result, many local businesses in Bayville have noticed a substantial increase in business.”

For more information about the accomplishments in the Village of Bayville, please contact the Village by calling (516) 628-1439 or visiting the website.