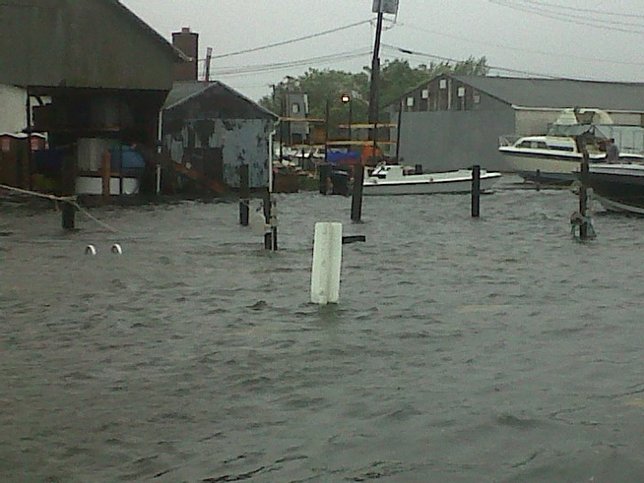 “In the last year, New York State has delivered essential funding to homeowners and businesses impacted by Superstorm Sandy, allowing homes to be repaired and the doors of businesses to reopen,” Governor Cuomo said. “This funding is the next big step in Long Island’s recovery. We are providing $815 million to Nassau and Suffolk counties so that they can move forward on critical public works projects, rehabilitating and strengthening infrastructure that suffered costly and serious damage in communities across the island. From mitigating wastewater treatment plants that serve hundreds of thousands of households to modernizing Long Island’s utility and preventing power outages to fortifying vulnerable bridges for future storms, these projects will rebuild a more resilient Long Island for years to come. I am pleased to provide this support, and we remain fully committed to helping the residents of Long Island reach a full recovery.”

$697 Million for Rehabilitation & Mitigation of Wastewater Treatment Facilities
New York State will provide $697 million for the rehabilitation and mitigation of wastewater treatment facilities in Nassau and Suffolk counties. In Nassau, Superstorm Sandy severely damaged the Bay Park Sewage Treatment Plant. During the storm, engines for the plant’s main pumping system were flooded by 9 feet of water, and sewage began to back up and overflow into low-lying homes and even burst through the street in a neighborhood. The plant shut down for more than 50 hours, and about 200 million gallons of raw sewage flowed into channels and waterways. The flooding destroyed the plant’s electrical system and compromised many other critical systems.

The State will provide $455 million for comprehensive rehabilitation and mitigation of the Bay Park plant. The State is committing Environmental Facilities Corporation (EFC) funding that will be repaid from various federal sources. The project, which will be managed by Nassau County, includes:

To view the proposed dike, go to: http://www.governor.ny.gov/assets/documents/Document9.pdf.

The State will provide $242 million for the Bergen Point Wastewater Treatment Facility in Suffolk County through EFC funding that will be repaid from various federal sources. The project will be managed by the localities. This funding will replace the plant’s ocean outfall pipe that runs beneath the Great South Bay, widening this pipe from 72 inches to 120 inches with improved material and addressing concerns that the pipe could fail if pressure increased due to heavy flow from storms. Bergen Point was able to avoid closure due to advanced preparation before Sandy. It serves 120,000 households and another storm of a similar magnitude would be catastrophic without these improvements.

$51 Million for New Long Island Outage Management System to Restore Power Faster
The State will provide $51 million to significantly upgrade Long Island’s utility system by allowing PSEG-Long Island to install a new outage management system and other technology upgrades that will enable the utility to identify power outages and restore power much faster. The investigation by the Moreland Commission on Utility Storm Preparation and Response into LIPA’s failure to restore power for weeks specifically recommended the creation of this system, which will give Long Island a highly sophisticated system to track and manage outages.

This new system will:

Microgrids are small-scale distribution systems that link and coordinate multiple distributed energy resources (DERs) into a network serving some or all of the energy needs of users located in close proximity. DERs include distributed generation resources, energy storage technologies, and power system control devices. In a microgrid, such DERs are linked together with multiple local energy users by separate distribution facilities (i.e., wires and pipes) and managed with advanced metering infrastructure, communications, and automated control systems. Microgrids can be configured to operate in tandem with the bulk supply system during normal conditions, but also disconnect and operate as an independent island or “islanding” in the event of a bulk supply failure or emergency. The microgrid is the natural evolution of distributed resources for areas where conventional power systems do not reliably serve customers or where critical customers need uninterrupted power supply during emergencies. Microgrids can also provide support to conventional power systems that are constrained in meeting demand.

$47 Million to Harden 8 Vulnerable Bridges on Long Island
The State is providing $47 million to strengthen 5 Nassau and 3 Suffolk bridges that are close to water and need to be better protected if another storm hits.

State Continuing to Deliver Assistance to Long Island
Today’s announcement of new funding for public infrastructure projects is the next step forward in the assistance being delivered to Long Island.

So far, 3,969 homeowners have been approved for a total amount of $451 million in housing awards. This includes

Local governments on Long Island have received $444 million in reimbursement funding for repairs and recovery services.