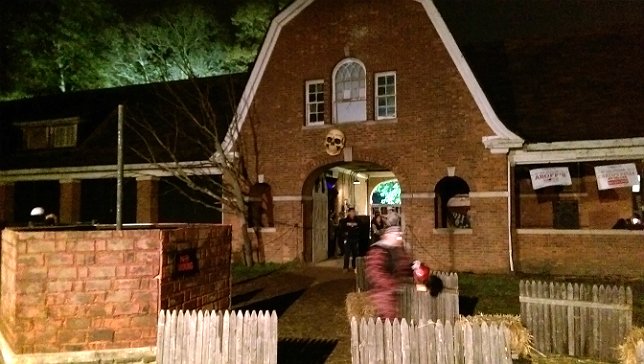 The horrors of Halloween come to life at the HorseAbility Haunted Hay Barn at the campus of SUNY Old Westbury!

No matter how long you’ve been attending and reviewing haunted houses, every now and again one comes along and really takes you by surprise. The HorseAbility Haunted Hay Barn is easily one such attraction, I’m happy to report.

If “HorseAbility” may sound like an odd title for a haunted attraction, perhaps some explanation is in order- HorseAbility is a center for equine facilitated programs located on the grounds of SUNY Old Westbury. They work with children and adults with special needs and they offer programs with horses from therapeutic riding to hippotherapy to a summer day camp; they also have dementia care programs and work extensively with veterans. 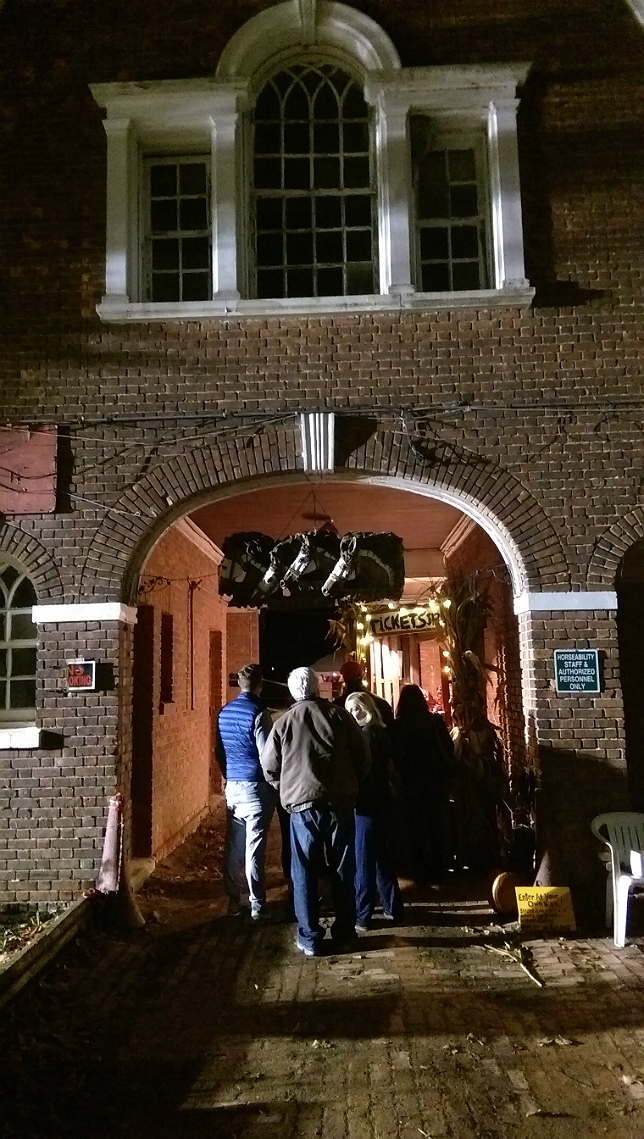 This year represents the third Halloween in a row that HorseAbility has held their Haunted Hay Barn attraction in their facility at SUNY Old Westbury, working in collaboration with former members of the staff of the famed Bayville Haunted Firehouse, which unfortunately closed after suffering catastrophic damage at the hands of Hurricane Sandy in 2012.

Jamie Thomas-Martin, director of operations for HorseAbility and co-chair for the Haunted Hay Barn, said that the idea for the not-for-profit to hold their own haunted attraction came to her one day while walking with her co-chair Rae Natale - who had previously been involved with the Bayville Haunted Firehouse - through the HorseAbility’s striking hundred-year-old stables.

“I was walking through our horse stables one day and I asked her what she would think about doing something here,” she said. “Since Bayville would always donate some of their proceeds to HorseAbility, I asked Rae if she thought that any of the people from there would want to work here. It turned into the two of us, a handful of people from Bayville who helped with the audio/visual and makeup, and many volunteers.” 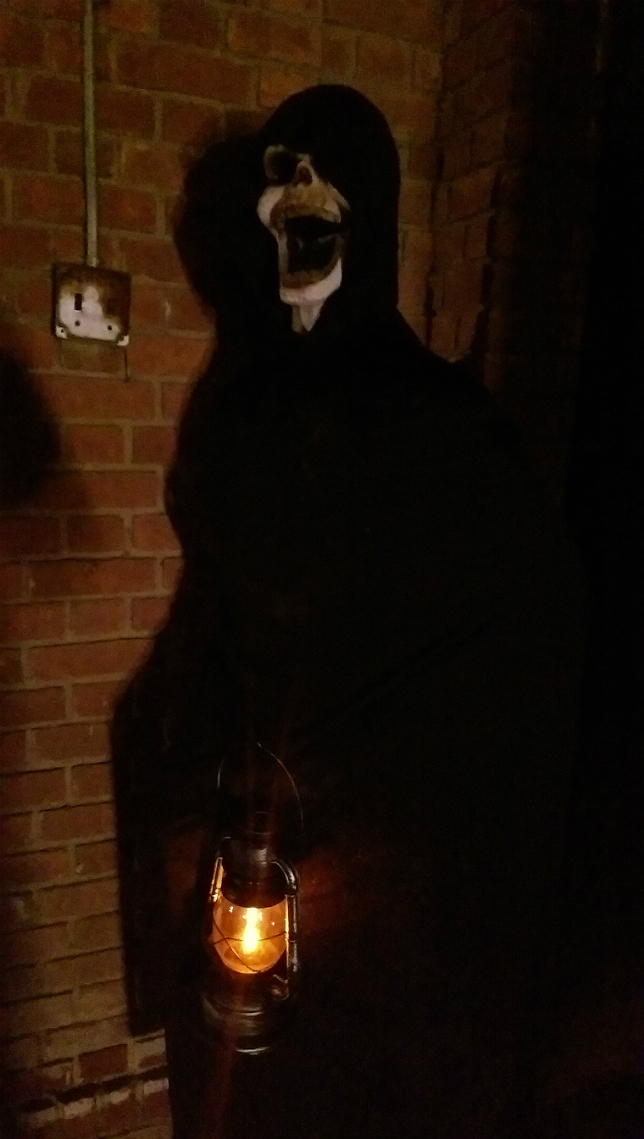 One hundred percent of the proceeds raised by HorseAbility’s Haunted Hay Barn go back into the program the upkeep of their facilities, so going there is not only a great thing to do for a good scare, but it serves a good cause as well.

Given the huge leg-up that HorseAbility has over many other haunted houses on Long Island – namely, already having an authentically creepy setting to stage a haunted house within - Thomas-Martin noted that they had to do for surprisingly little in order to get it in shape in time for Halloween.

“We put up some walls and we have a handful of animatronic props, but for the most part anything built into the sets is handmade and handcrafted,” she said. “We do our best to make it special and unique, especially since there are so many haunts on Long Island…we wanted to find a way to set ourselves apart and we are really proud of our set design. Plus, the setting is creepy as anything and our actors - again everyone is a volunteer - are so passionate and committed to what they do.” 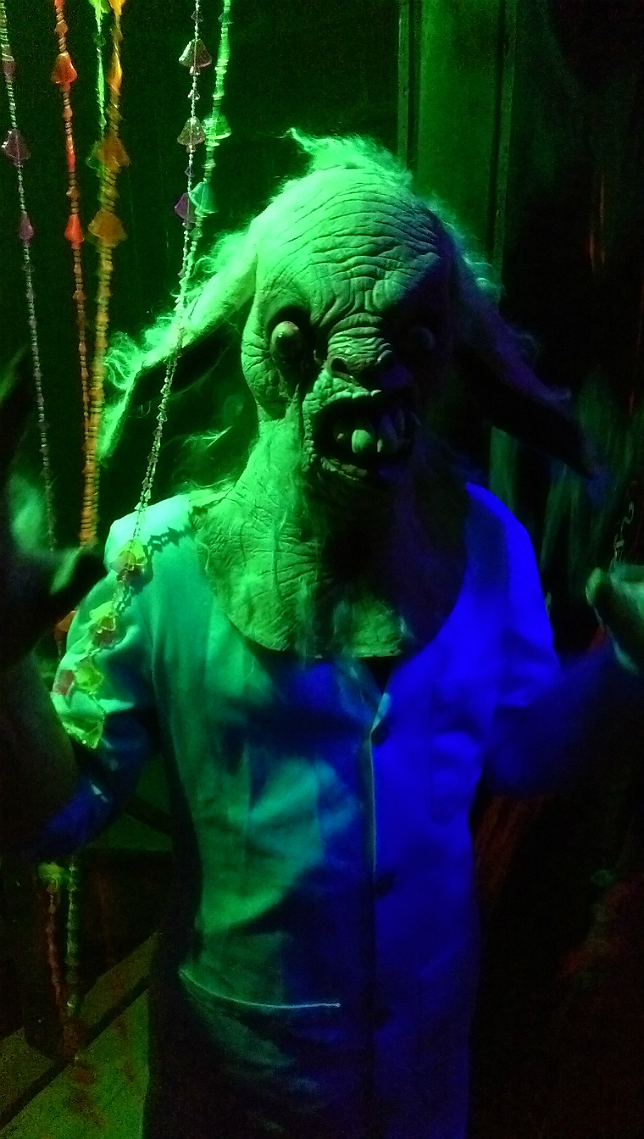 HorseAbility consists of 19 separate rooms, ending in a small carnival area with a photo booth, concession stand, and games of chance that award fun and spooky little prizes for participants.

Now, I'm a veteran horror fan, and I've seen my share of haunts. At this point, it's hard for me to come away greatly impressed from just about any run-of-the-mill attraction, and that's where HorseAbility really surprised me. First of all, the setting is fantastic; it reminded me of the advantages that places such as Old Bethpage Village Restoration and Eastern State Penitentiary in Philadelphia have over the competition in the haunted house scene. These are all very authentic, old, and naturally creepy buildings to begin with, well before they're ever filled with actors, lights, mist, and props.

HorseAbility’s century-old stables, once filled with the aforementioned components, creates a truly frightening and unique take on the haunted house theme. The types of rooms involved visit of wide variety of Halloween tropes, including clowns, zombies, and takes on popular horror movie characters; in addition, there are some more some more uncommon and imaginative rooms/creatures as well. All the actors involved are made up convincingly and seem to take their parts very seriously, providing great immersion for attendees. 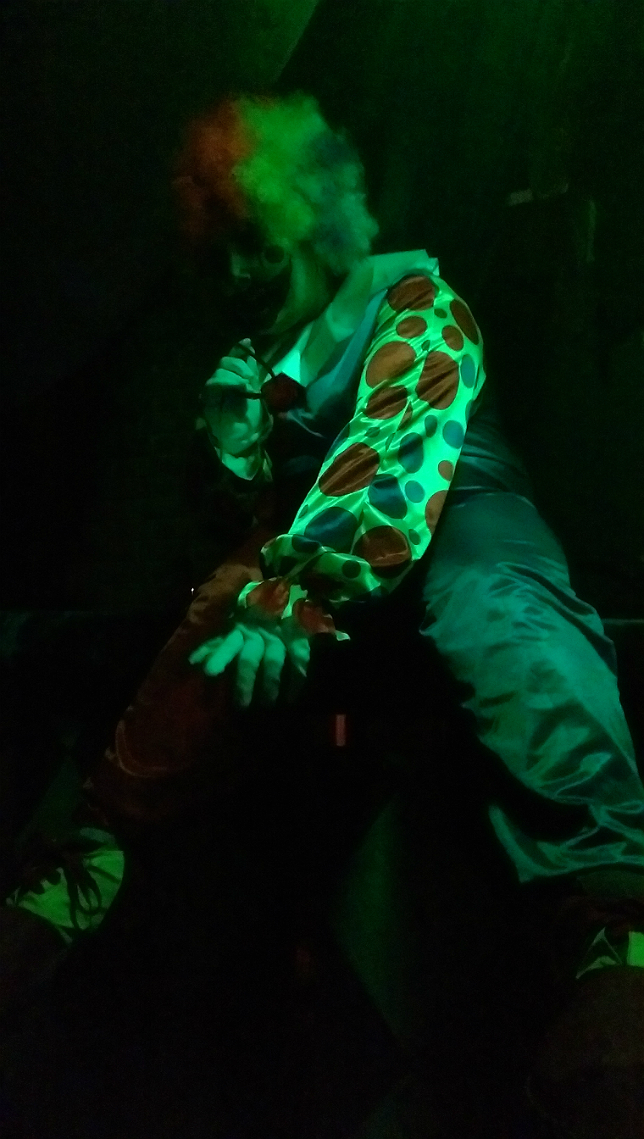 As for the value - and this may be the first time I’ve ever said this - but I personally think HorseAbility could actually get away with charging MORE than their current fee of $13 and it would still be considered a bargain. The length of the haunt is exceptional, and you're not rushed or hurried through it all.

The host, if you will, makes sure that there's enough space in between groups that you can afford to dwell on the horrors within...if you dare. Many of the rooms offer some degree of interactivity and there are truly some innovative ideas going on inside. 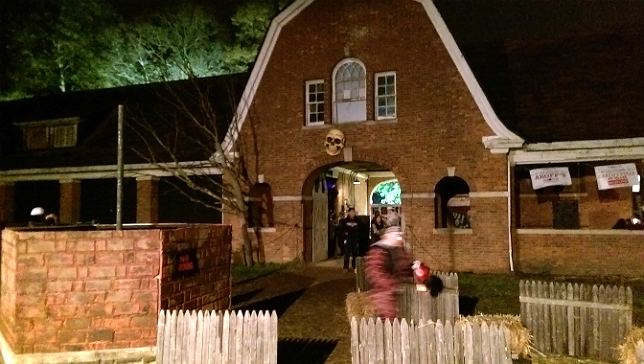 A word of warning... HorseAbility itself can be slightly difficult to find on the darkened, nighttime SUNY Old Westbury campus. Just look for the big signs and the arrows pointing you to the Campus Center, where attendees can park their car and take a shuttle over to the HorseAbility location nearby.

It's an incredibly professional set-up and the with the proceeds supporting a wonderful not-for-profit organization, I quite honestly can't recommend HorseAbility Haunted Hay Barn enough for anyone seeking a truly quality haunt in what's becoming a rather crowded Halloween scene on Long Island. I look forward to seeing what they have in store in the future!