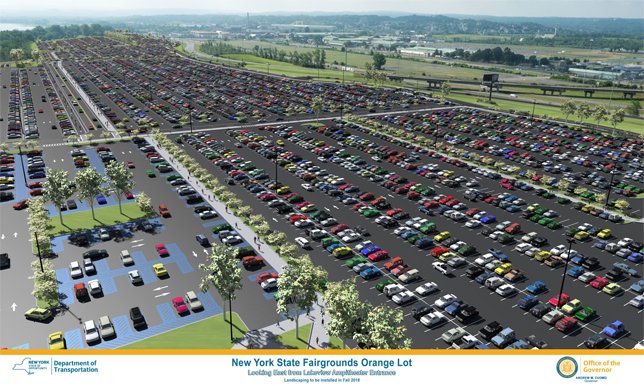 Rendering of the New Orange Lot and Traffic Upgrade.