The Special Investigations Squad reports the arrest of a Roosevelt man on Tuesday October 14, 2014 at 10:15 p.m. in Roosevelt. 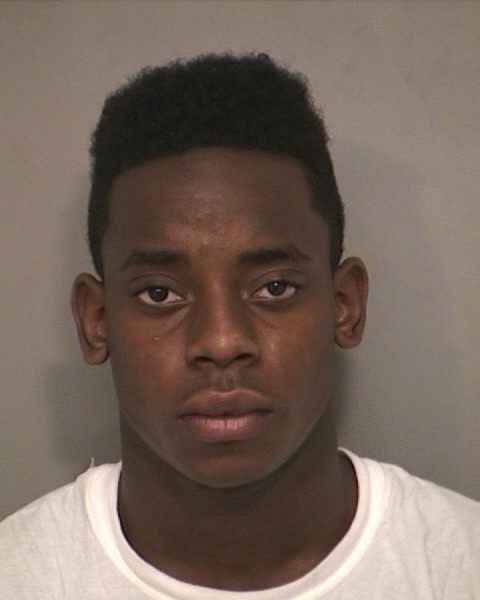 According to detectives, on August 16, 2014 at 1:10 a.m. defendants Kaheem Carter 17 (pictured right) , of E. Fulton Avenue, Dewayne Green, 17 of Smith Street, Roosevelt and a third unknown individual approached a male victim, 17 years of age, walking on Washington Avenue at Gusto Lane and began to punch and kick the victim multiple times in the head and face. They ripped a gold neckless from the neck of the victim and fled on foot in an unknown direction. The investigation led to the arrest of Green on August 28, 2014 at 6:15 p.m. at his residence. He was charged with Robbery 2nd degree and arraigned at First District Court in Hempstead. Carter was located on October 14, 2014 at his residence and placed under arrest without incident. The third subject has yet to be arrested.

Carter is charged with Robbery 2nd degree and will be arraigned on Wednesday, October 15, 2014 at First District Court in Hempstead.