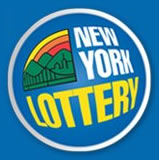 The New York State Lottery is run and administrated by the New York State Gaming Commission. For the most reliable and up-to-date info including winning numbers and prize amounts please visit the state site at http://nylottery.ny.gov/

Everyone dreams of hitting it big in the lottery, and it is no surprise that New York has the highest lottery ticket sales in the country. The New York Lottery began in 1967 in an effort to provide revenue for public schools, and the original slogan was “Your Chance of a Lifetime to Help Education” – though today, more people know the New York Lottery for, “Hey, You Never Know.” In the 2015-2016 fiscal year, the New York Lottery contributed $3.302 billion to help support education in New York State – about 15% of the total state education funding to public school districts. In the 50 year history of the lottery in New York, it has contributed well over $50 billion to state education, and has also paid out billions to lucky lottery players.

Think you may be a winner? Winning numbers can be found by checking the New York Lottery website, watching WABC for live drawings and asking your lottery retailer.

Here is a quick guide to the New York Lottery Jackpot and Daily Games:

Powerball has the highest winning potential of all of the New York Lottery games, and only costs $2 to play.  Players pick five numbers between 1 and 59, and one Powerball number from 1 to 35, or they may choose Quick Pick and have the computer pick for them at the time of purchase. For each Powerball draw, 50% of the sales for that draw are used for prize money, and of that amount, the first prize winner will win 64%, and the remaining prize money will be allocated amongst the other eight prize levels. The chances of winning a prize in the Powerball are 1 in 31.8, but the chances of winning the grand prize are 1 in 175,223,510.

Mega Millions, much like Powerball, requires the player to pick five numbers between 1 and 56, and a number between 1 and 4 for the Mega Ball number.  It costs $1 to play.  Like with the Power Ball, 50% of the sales for the draw are used as prize money, the first prize winner will receive 64% of that money, and those in the other eight prize levels will win smaller amounts.  The chances of winning a prize are 1 in 14.71, but the chances of winning the jackpot are 1 in 258,890,850.

Numbers features three sets of balls, numbered 1 through 9 that are drawn twice daily.  Prizes vary each day.  Win 4 is played like Numbers, but instead uses 4 machines.  These games only award players who have the winning number in the exact order.   The odds of having the matching Numbers are 1 in 1,000, and payoff for $1 play is $500, and the odds of having the matching Win 4 is 1 in 10,000, and thus the $1 game can have a $5,000 payoff.

Instant Scratch-Off Games
The New York Lottery offers over 50 different instant scratch-off games, which range in price from $1 and $30. Lottery retailers can dispense prizes of up to $600, but larger winnings must be collected from New York Lottery officials.


Responsible Gaming
If you believe that you or someone you know suffers from problem gambling or a gambling addiction, there are resources to help you to quit.  If your gambling disrupts any major area of your life because of increased preoccupation with gambling, a need to increase your bets frequently, or restlessness or irritability when attempting to stop gambling, you may be experiencing problem gambling. At Gamblers Anonymous, you can speak with someone over the phone on its Long Island hotline at 855-222-5542, or find a meeting near you using their online GA meeting map. The National Council on Problem Gambling also offers a 24-hour confidential national hotline at 1-800-522-4700.