Powerful Conversations Happen at the FMC's Connection Day on October 21, 2016

Members of the press and the public will gather as the Fair Media Council brings community and media together. 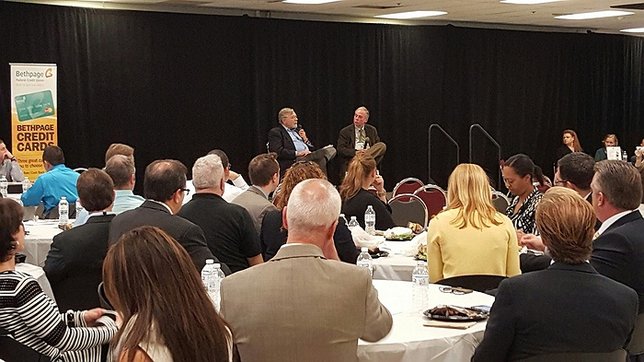 Guest speakers converse in front of an audience at Connection Day.

The Connection Day Conference will be returning this year on Friday, October 21st from 7:30 AM to 4:30 PM at Briarcliffe College. Billed as "the largest event in the country to bring media and community together for a day of open dialogue, mutual understanding, relationship building and story pitching," Connection Day features a series of panels and discussions hosted by media experts in which participants can get a behind the scenes look at how media outlets operate and even pitch their own stories to active reporters and news anchors.

Hosted by the Fair Media Council (FMC)–a nonprofit media watchdog whose core goals include educating the public to become media savvy and maintaining an open dialogue between the public and news media– Connection Day will feature five sessions in which attendees can pick from several concurrent panels, and reconvene for networking sessions that will include breakfast, lunch, coffee, and puppy therapy provided by local adoption centers. 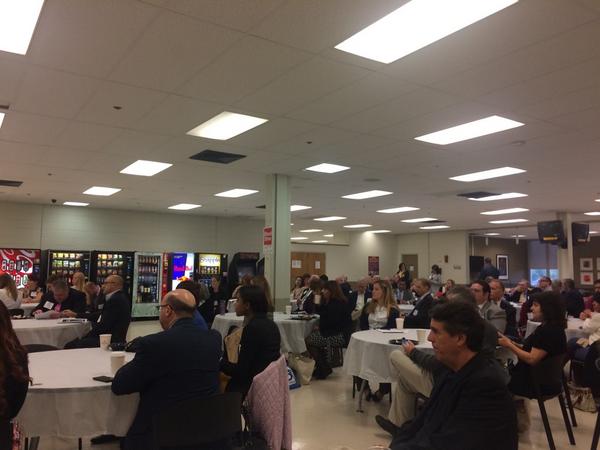 "Every organization, no matter how large or small, at some time comes to the realization it needs to focus on raising awareness," says Jaci Clement FMC CEO. "Getting people's attention and being memorable doesn't just happen. It takes skill, it takes connections, it takes time and it takes resources. Connection Day offers all of that in one day. We urge organizations–corporates and nonprofits–to take advantage of the day."

Tickets are currently available directly from the Fair Media Council's website, and guests are also being asked to bring a donation of pet food with them. For each can of food donated will, guests will receive a raffle ticket for giveaways to be held at the end of the day. 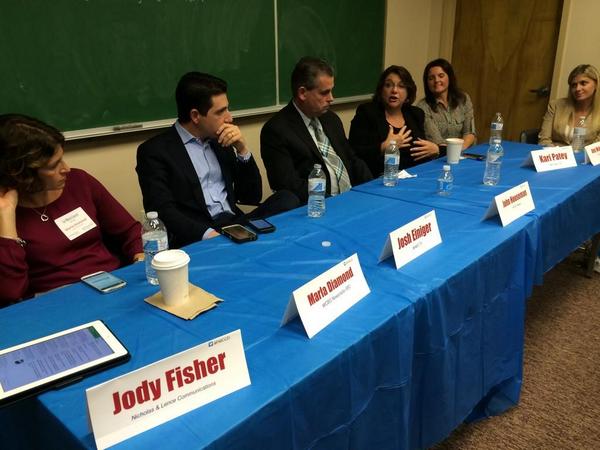 The day kicks off with a breakfast discussion panel moderated by Tim Scheld, WBS Newsradio News & Programming Director,  focused on the 2016 election. After that, attendees will have a choice of four panels for the first breakout: "Inside the Newsroom," a sneak peek into how news decisions are made; "Meet & Pitch the Media," an opportunity to pitch a story in front of representatives from four different media outlets; "Storytelling 101," an enlightening look into how news professionals craft stories for broadcast and print, as well as how to apply those techniques to your own content; and "Keys to Becoming an Effective Advocate," a discussion on how advocated can establish a credible relationship with the media.

After a coffee break and networking opportunity, attendees will be able to pick from another set of four panels for the second session. "Reporter Roundtable" will provide a mashup of current events as it discusses what outlets are covering what stories and why. "Stories Behind the Stories of Criminal Injustices, Past & Present" will present tales from reporters who have covered some of the most notable stories of injustice in recent history, including retired New York Times reporter Bruce Lambert. "Business Class" offers a behind the scenes look at business-focused reporting and what business journalists look for in a story. "Talk Show Circuit" will teach attendees how to get booked on shows so that they can tell their story, even if it's one that newsrooms have initially passed over. 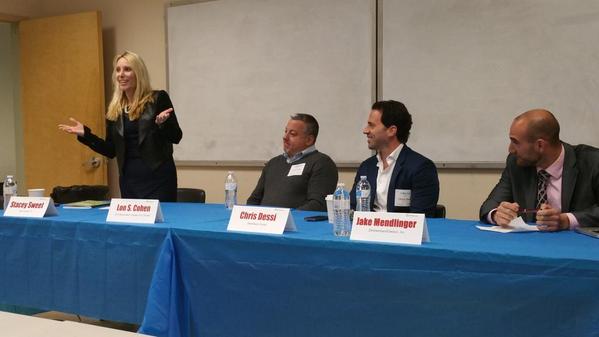 The next coffee break will include puppy therapy, a chance to relieve some stress and meet animals that are up for adoption. Following the break, the third session will have a choice of three panel discussions. "How to Beat the Press" features a veteran media trainer, Jim Cameron, who offers insight into preparing for media interviews and putting your best foot forward. "Turning Customers into Brand Advocates" is a workshop ideal of brand representatives and owners looking to build up their reputation. "Cyberbullying, Up Close and Personal: The Tyler Clementi Story" tells the heart wrenching story of how cyberbullying can do irreparable harm to our youth from the perspective of someone who is all too familiar with the subject, Tyler Clementi's brother, James. Tyler Clementi's tragic suicide brought national attention to cyberbullying in 2010 and now his brother is advocating for the changes needed to protect today's youth.

Another coffee break and puppy therapy opportunity will lead into the Connection Day luncheon, featuring former New York Times executive editor and current Editor in Chief of The Marshall Project, as well as the Fair Media Council's own CEO, Jaci Clement, as they lead a discussion on the state of criminal justice in America. 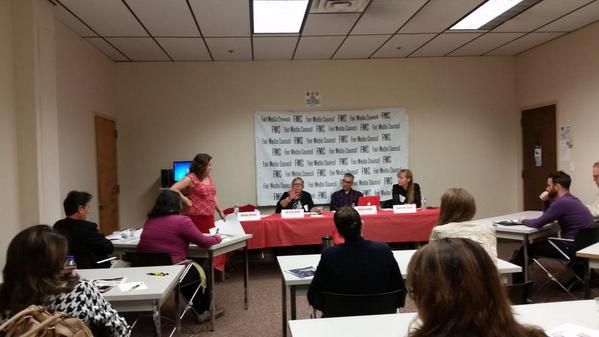 Session 4 will offer another set of four breakout panels, including "Secrets from a Best Selling Author" in which New York Times' bestselling author Tom Clavin discusses both the art of storytelling and how to build a brand in today's marketplace. "Recovering from a One-Star Review," which will feature Long Island Media CEO John Colascione offers guidance to business leaders who want to maintain the strength of their brands in the age of social media an online reviews. A second chance to attend "How to Beat the Press" will be available, and in "Mind Over Matter" acclaimed coach Debi Silber will help attendees learn to overcome their own mental hurdles.

After one last networking and coffee break, the fifth and final session will provide two breakout panels. Guests will have a second opportunity to attend "Turning Customers into Brand Advocates," or they can opt for "Group Session with Psychic Medium to the Stars Janet Russell" for a potential look into their future or message from the past provided by Janet Russell.

Whatever panels attendees choose to go to, they're surely in for an enlightening and educating day.