Governor Andrew M. Cuomo today announced the start of the 2016 fall foliage season in New York State and the release of the I LOVE NY fall foliage report. 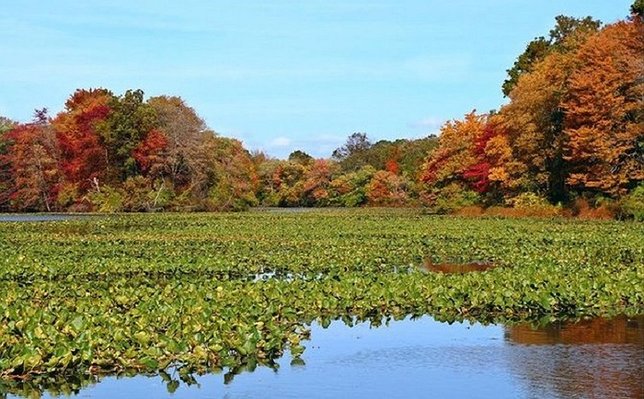 Photo by: Bridgette Kistinger, via LongIsland.com.

Albany, NY - September 16, 2016 - Governor Andrew M. Cuomo today announced the start of the 2016 fall foliage season in New York State and the release of the I LOVE NY fall foliage report, a weekly updated and volunteer-sourced document that charts the color conditions of leaves across the state. In addition, to promote and showcase New York’s extraordinary autumn locations, travelers are invited to join the 2016 Foliage Photog of the Week campaign and share their photos of New York State on social media by using the #NYLovesFall hashtag.

“New York is home to some of the most spectacular foliage and natural beauty in the country, making it one of the nation’s top destinations to visit in autumn,” said Governor Cuomo. “This is the perfect time for New Yorkers and visitors alike to take a trip to any number of state parks, historic sites and attractions across this great state and discover all there is to love about this special time of year in New York.”

One of the most popular travel times of the year, the fall foliage season means big business in New York State. In 2015, it is estimated that travel spending from September through November in the state had a total economic impact of more than $26.5 billion. Because of its size, New York has one of the best foliage seasons in the nation. On any given weekend, from late September through mid-November, there is somewhere in the state with peak foliage.

To promote spectacular autumn sites found across the State, I LOVE NY will host a social media campaign featuring photos taken by Twitter, Instagram and Facebook users called Foliage Photog of the Week. The campaign will run through the end of the foliage season in early November and one spectacular New York State fall foliage photo posted using the #NYLovesFall hashtag will be selected and shared across all I LOVE NY social media channels each week. To qualify, users must tag photos with the name of the location of where the image was taken.

Volunteer Leaf Peepers
The I LOVE NY team of volunteer Leaf Peepers, located throughout the state’s 11 vacation regions, are tasked with keeping track of the color change in their area as leaves progress each week. The information is then used for fall foliage reports, which are posted online each week, featuring a detailed map of color change throughout New York State, vantage points for viewing spectacular foliage, suggested autumn getaways and weekly event listings in each region. Find the first 2016 New York State Fall Foliage Report here.