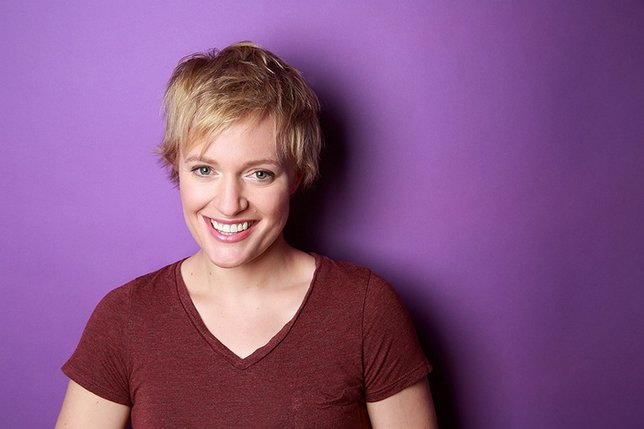 Sag Harbor, NY - October 8, 2018 - Bay Street Theater & Sag Harbor Center for the Arts is pleased to announce an evening of all new All Star Stand-up Comedy just in time for Thanksgiving weekend on Saturday, November 24 at a special time of 9:30 pm. Tickets are $30 when purchased in advance and $40 when purchased the day of the event; on sale now at baystreet.org or by calling the Box Office at 631-725-9500. The Box Office is open Tuesday- Saturday 11 am – 5 pm or until showtime.
All Star Comedy returns to Bay Street with the hottest rising stars of comedy, hosted by comedian Joseph Vecsey (Optimum’s UnMovers, Netflix’s Sandy Wexler) and features Emma Willmann, Adam Mamawala, and Doug Smith.
Emma Willmann was on the cover of Time Out New York as one of the 10 Funniest Women in New York. She has also been heard on SiriusXM Raw Dog and SiriusXM with Wake Up with Taylor. Other projects include Netflix and NPR. Willmann had her late-night debut on The Colbert Report.
Adam Mamawala has performed on MTV, BET and SeeSo. He has been featured as Time Out New York’s “Joke of the Week”, has been a Freelance Contributor to Saturday Night Live’s Weekend Update, and recently headlined Carolines on Broadway.
Doug Smith recently made his late-night debut on Conan and co-hosts the stand-up/variety show See You in Hell. He is also the creator and star of the web series Secret Weapon and has appeared on Gotham Comedy Live, Uproarious, Kevin Hart’s LOL Network, and the newest season of This Is Not Happening on Comedy Central.
The Box Office is currently open Tuesday – Saturday, 11 am – 5 pm. To purchase tickets, call 631-725-9500 or log on to baystreet.org.
Bay Street Theater and Sag Harbor Center for the Arts is a year-round, not-for-profit professional theater and community cultural center which endeavors to innovate, educate, and entertain a diverse community through the practice of the performing arts. We serve as a social and cultural gathering place, an educational resource, and a home for a community of artists.