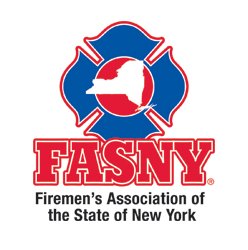 Albany, NY - October 6, 2014 - In observance of both National Fire Prevention Month and National Fire Prevention Week, the Firemen’s Association of the State of New York (FASNY) is asking New Yorkers to remember and re-learn basic fire safety rules that can help save lives. This year’s theme, “Working Smoke Alarms Save Lives” is an effort to teach people how smoke detectors are potentially life-saving pieces of equipment.

According to the National Fire Protection Association (NFPA), two-thirds of fire deaths happen in homes with no smoke alarms or alarms that did not function properly. Though many homeowners and businesses do install smoke alarms in their buildings, they do not conduct regular testing or maintenance. Proper distribution and use of smoke alarms is critical in preventing future fire-related deaths.

About FASNY: Founded in 1872, the Firemen’s Association of the State of New York (FASNY) represents the interests of the more than 90,000 volunteer firefighters in New York State.  For more information, visit the website.