Lt. Governor issues proclamation in recognition of Hunger Action Month to bring awareness of the chronic problem of food insecurity in our local communities and across America. 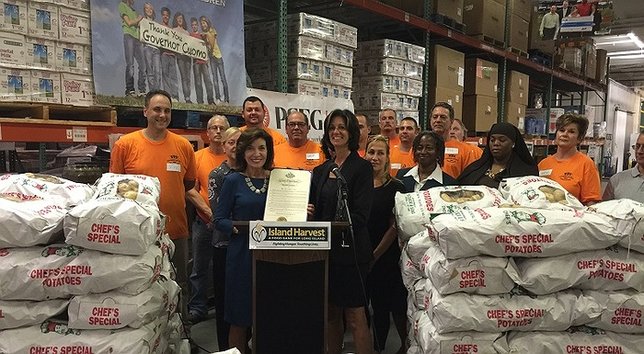 Lieutenant Governor Hochul issued a proclamation in recognizing September as “Hunger Action Month,” an annual, a national call to action highlighting the chronic problem of hunger in our local communities and across America, and she commended Island Harvest Food Bank for the important work they do in helping our most vulnerable neighbors on Long Island.