Tougher penalties and increased limitations to crack down on illegal purchases and sales. 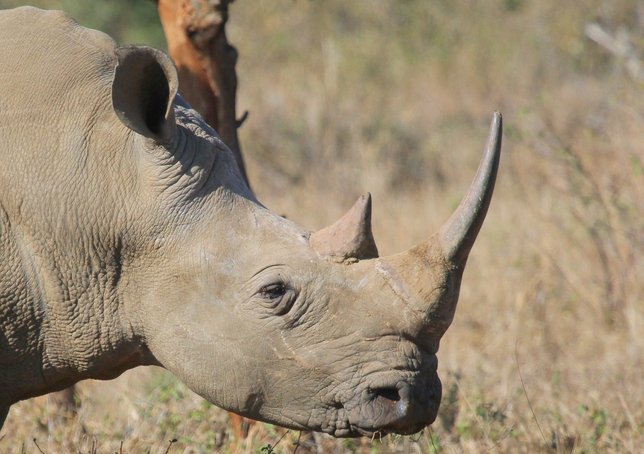 Albany, NY - June 17, 2014 - Governor Andrew M. Cuomo today announced an agreement with legislative leaders on a bill to restrict the market for ivory articles and rhinoceros horns. The bill prohibits transactions involving these materials with very limited exceptions and increases the criminal and civil penalties for individuals who violate this law.

“The illegal ivory trade has no place in New York State, and we will not stand for individuals who violate the law by supporting it,” Governor Cuomo said. “This bill expands restrictions on the sale of ivory materials and toughens penalties against those who sell them, helping to curtail the rise of a dangerous and cruel industry that is endangering animals around the world.”
Senate Co-Leader Jeffrey D. Klein said, "By cracking down on the illegal trade of ivory and rhinoceros horns we not only reinforce our efforts to protect rare animals and wildlife populations around the world but curb this growing criminal activity throughout New York State.”
“Unfortunately, New York is a leading market in the world for illegal ivory sales and so it is important that we strengthen our laws to more effectively crack down on this nefarious activity,” said Assembly Speaker Sheldon Silver. “Not only are we protecting elephants and rhinos from extinction but we are also cutting off the flow of cash to organized crime and terrorist organizations. At an Assembly public hearing earlier this year, Botswana and Tanzania officials testified that international wildlife trafficking is linked to trans-national organized crime and such terrorist groups as Al Shabaab, a terrorist cell of Al Qaeda, that has been linked to the Kenya Mall massacre.”
Senator Andrew Lanza said, “The illegal ivory trade is an international crisis in which 20,000 African elephants were slaughtered in 2013 alone. Poachers who are supporting terrorism and the drug trade are acting with impunity helped in part by receptive markets in New York City and Asia. We can make a difference right here with this legislation which will lead to higher conviction rates and tough criminal sentences. I thank Governor Cuomo, Assemblyman Sweeney, Senator Skelos, Senator Klein and all the conservationists and advocates who have given voice to this horror.”
“This legislation will protect elephants, which are being lost to the world at an outrageous rate of 96 elephants a day, all to satisfy the vanity ivory market and to finance terrorism,” said Assembly Environmental Conservation Committee Chair Robert Sweeney. “The enactment of this bill recognizes the significant impact our state can have on clamping down on illegal ivory sales in order to save elephants from the ruthless poaching operations run by terrorists and organized crime.”
Demand for unlicensed wildlife products like ivory and rhinoceros horns are driving many species toward extinction and creating an economic incentive for this illegal activity. In 2012, a joint investigation by the New York State Department of Environmental Conservation and the U.S. Fish and Wildlife Service resulted in the seizure of elephant ivory worth more than $2 million from jewelers based in New York City. This bill would help deter that trade in New York by expanding the scope of materials that are considered illegal and strengthening penalties to further discourage violations.