Mansion in Oakdale was featured in silent movies and torn down in 1941.b 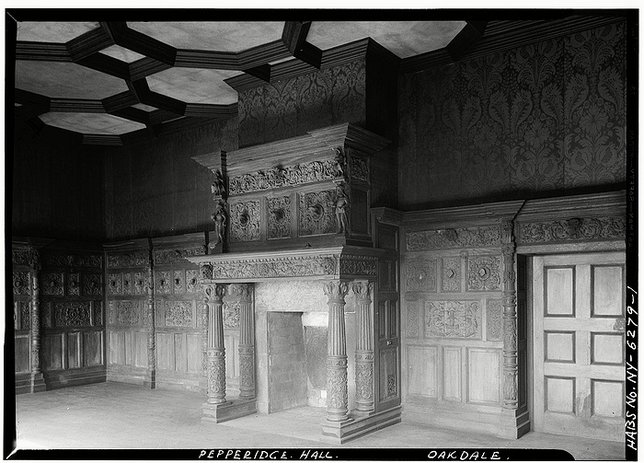 Photo: Historic American Buildings Survey, creator. No known restrictions on images made by the U.S. Government.

A photo of the 60-room residence that was modeled on a French chateau shows one of the mansion's fireplaces. According to reports, the mansion was built in 1888 and used as the setting for silent movies. It fell into disrepair and was sold, according to a New York Times article from 1939, for $15,000 to the Royal Fraternity of Master Metaphysicians. It was eventually razed in 1941.