During Black History two extraordinary individuals were honored together two times with awards. 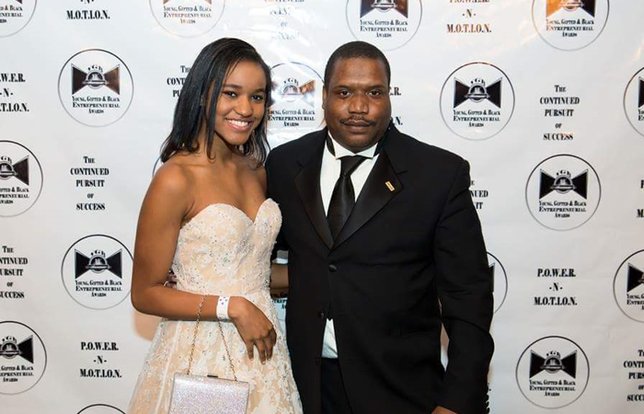 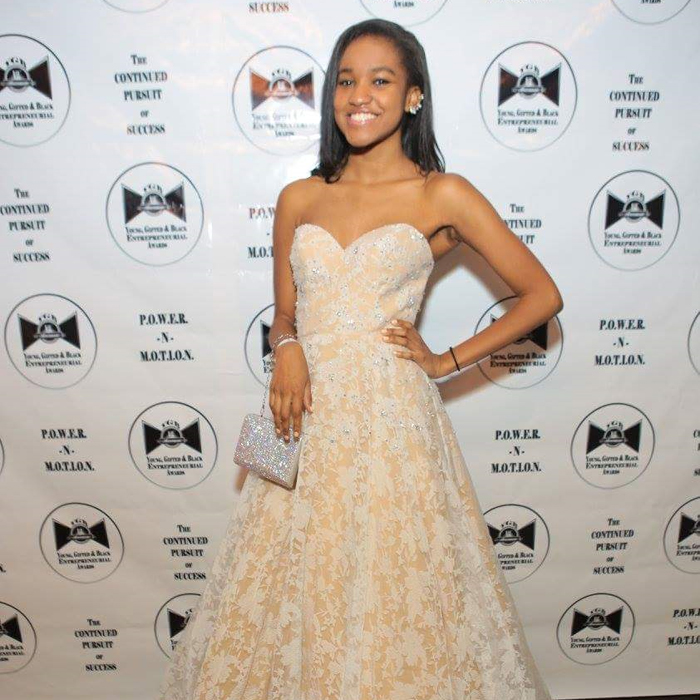 Colby Christina. Photo Credit: LIAACC
Colby has trained professionally since the age of two at the Restoration Center for Arts and Culture under the leadership of President Colvin Grannum and at other locations. Colby has been labeled a formidable "Triple Threat" Nationally and Internationally. She credits Peggy Alston, the Emeritus Director of the Restoration Center for Arts and Culture with being the very first Triple Threat she ever met in a formal setting who ignited a spark in her. To her credit, Colby has received more than 100 Awards, Citations, Proclamations and Honors.
She is a 15 year old High School Junior fast tracked to complete High School at age 16. Her accomplishments to date have catapulted her to the National Stage at the National Black Theater Festival as Co-Chair and Parade Grand Marshall twice as well as to the Red Carpet at the Tribeca Film Festival as a Guest at the Oprah Winfrey Premiere of "Greenleaf" on the OWN Network. 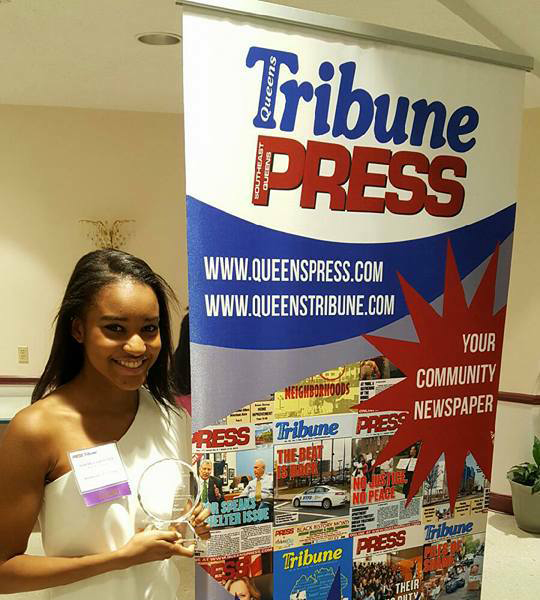 Colby Christina. Photo Credit: LIAACC
Colby Christina has performed Center Stage at the Brooklyn Academy of Music, the Billie Holiday Theater, the Museum of Natural History, the Jamaica Performing Arts Center, the Waldorf Astoria, Black Spectrum Theater and the NYC Summer Stage, to name a few. Prior to the "Emancipation of Grandpa Sandy Wills" written by Cheryl Wills, NY 1 News Anchor, where Colby played Emma Wills and received a standing ovation for a performance where she spoke no words, Colby also appeared in the Lead Role of "Alice" to sold out audiences in the Stage to TV Production, “The Liberation of Mother Goose”, with Billie Holiday Theatre Director Emeritus, Marjorie Moon, Executive Producer/Director, Peggy Alston and Director & Choreographer Abdel Salaam. Colby Christina captured the attention of many in the Theatre World and beyond with this triple threat performance.
Upon receiving the AUDELCO, for excellence in Black Theater, Colby Christina joined the ranks of Denzel Washington, Kerry Washington and Sanaa Lathan who also received the “Rising Star” AUDELCO Award.
Phil Andrews is the current President of the Long Island African American Chamber of Commerce, Inc. (LIAACC) and President of Black Public Relations Society-New York. He is also the Past President of the 100 Black Men of Long Island having served two terms as President. The 100 Black Men of LI was Founded in 1974 and is the second oldest chapter of 100 Black Men of America, Inc. "The 100" serves as an international coalition focused on creating educational opportunities, promoting economic empowerment, addressing health disparities and creating positive mentoring relationships. 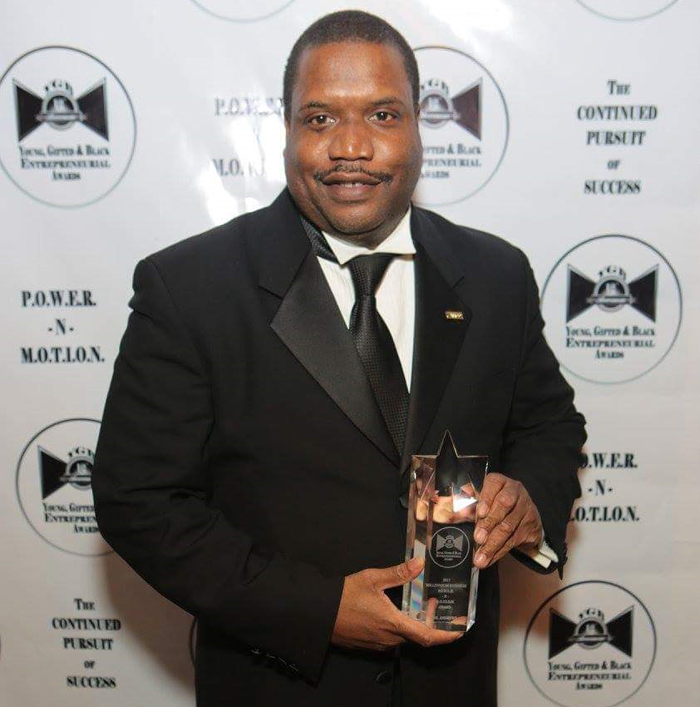 Phil Andrews. Photo Credit: LIAACC
As founder of P.A. Public Relations Company, Phil has been afforded the privilege to serve as Public Relations Director for a myriad of companies, community initiatives and professional organizations. Andrews' business acumen is often sought after by organizations that host major events, benefits and fundraisers. Mr. Andrews’s current leadership at the Long Island African American Chamber is spearheading LIAACC to become the largest African American Chamber of Commerce in New York State.  The chamber currently serves the four counties of Nassau, Suffolk, Queens and Kings.
He has served on the Public Relations Committee for the Harlem Book Fair on Long Island {which attracted over 2000 participants in 2003, as Public Relations Committee Member of the New York Metro Black MBA Association and the 100 Black Men of Long Island.
In 1995 and 1998, Mr. Andrews' excellence in his field garnered the Small Business Person of the Year award by two branches of the Nassau Council of Chambers of Commerce (Roosevelt and West Indian Chambers, respectively). He has also received a number of proclamations and citations from notable political officials including former Nassau County Executive Thomas S. Gullotta, former Town of Hempstead Supervisor Richard Guardino and Assembly-woman Earlene Hooper Hill, 18th Assembly District of Long Island NY.  In 2012, Phil Andrews was honored by the Korean American Association of Greater New York with the “Good Neighbor Award.  Mr. Andrews was also inducted as one of the Kings of Queens Honorees in 2014. As President of LIAACC on March 24, 2016 the chamber was awarded and Excellence in Communication Award by Long Island Business News. 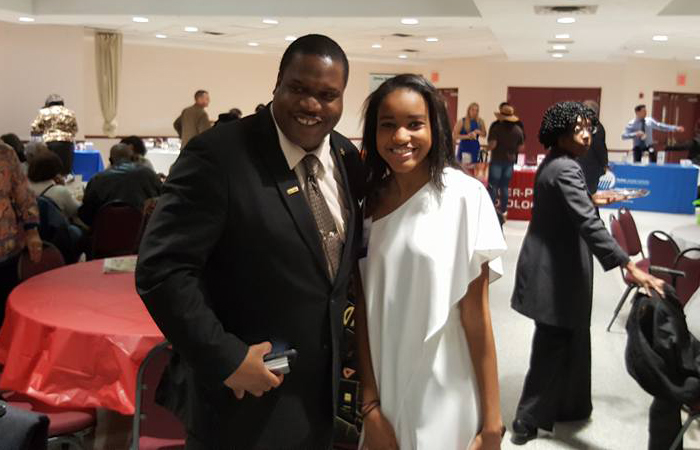 Phil Andrews and Colby Christina. Photo Credit: LIAACC
Phil's work has been featured in multi-platform publications including Black Star News, The New York Beacon, Amsterdam News, Minority Business Review, The Network Journal and more. He is also featured in "15 Years of Minority Business Development" a book published by Mr. Robert Adams. Mr. Andrews is listed in Who's Who in Black America and International Who's Who.
For more information, or interview inquiries on Phil Andrews you may log on to www.liaacc.org or for more information or interview inquiries on Colby Christina log on to www.colbychristina.com.