The Altice USA chief said his company at least would consider being acquired. 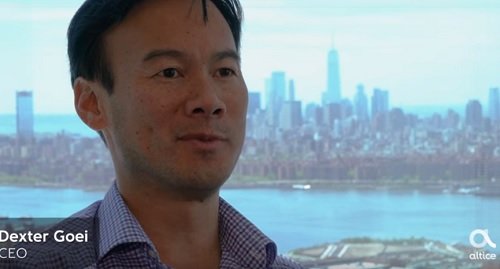 After acquiring other brands, cable provider Altice USA CEO Dexter Goei at a Goldman Sachs conference indicated that his company is at least open to being acquired.

The chief of the U.S. arm of Netherlands-based Altice N.V. made the statement at Goldman Sachs' 28th Annual Communacopia Conference in New York City on Wednesday, September 18, 2019.

After talking about Altice USA’s acquisitions of companies such as Cheddar, Goie was asked whether his company itself would be open to being acquired.

“I think we’re open to creating a lot of shareholder value,” he said in the last few seconds of the interview. “So if somebody comes and wants to have a discussion about buying us, we’re absolutely open to having that discussion.”

Altice USA is one of the largest broadband communications and video services providers in the nation, delivering broadband, pay television, proprietary content, advertising and mobile service.

The company serves about 4.9 million residential and business customers in 21 states with its Optimum and Suddenlink brands.