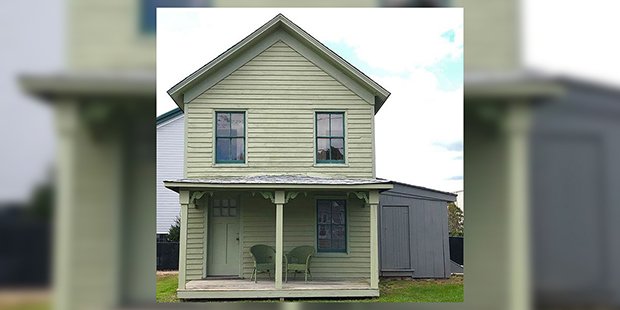 A home that was built in 1872 by an African American family in Center Moriches was recently nominated to be listed on the State and National Registers of Historical Places, according to a statement released by the Town of Brookhaven.

Currently being used as a museum, the two-story house is located at 66 Railroad Avenue in Center Moriches. In the 1990s the home was threatened to be demolished until the town took ownership to preserve the building in 2009.

“The Mary E. Bell House is another treasured landmark that has a story to tell about our community and the people who have called it home,” said Town Supervisor Ed Romaine.

Mary E. Bell was a freed slave who lived in the house around the turn of the century with her husband and three children. According to an application for historic status found online, Bell was instrumental in play an important role in the life of the Moriches AME congregation. The narrative on the application says that in 1897, the congregation changed its affiliation from AME to African Methodist Episcopal Zion (AMEZ).

After she died on February 17, 1923 she was buried in the Moriches AME Zion church cemetery. Shortly afterward, the church was renamed the Bell AME Zion Church, in her honor. Bell’s daughter Alice lived in the home until her own death in 1996.

“Once history is gone you cannot replace it and not everything old can be saved, but this property was certainly deserving,” said Councilman Dan Panico.