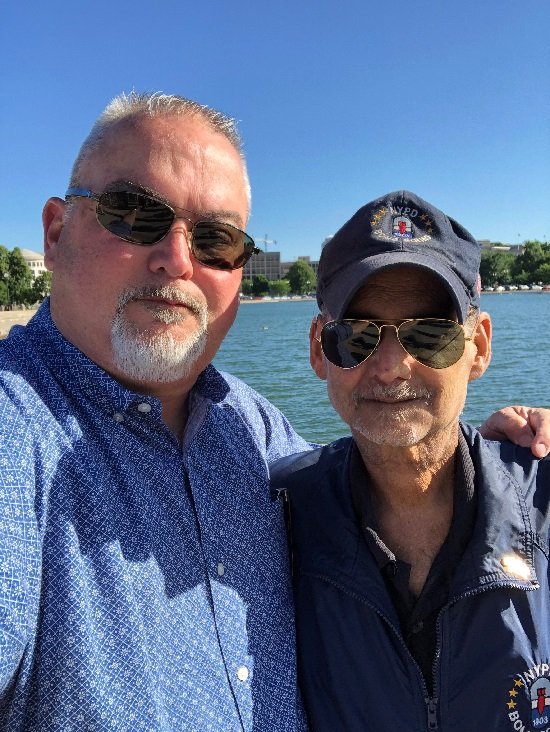 Phil Alvarez (Left) is continuing the fight to compensate 9/11 responders suffering from 9/11-related illness even after his brother Lou passed away.

Detective Phil Alvarez, the older brother of the late Luis “Lou” Alvarez, known as a tireless advocate to get the nation to care for 9/11 first responders who became ill, is continuing the fight.

He was hired as 9/11 outreach and education director, which the firm said would continue “his brother’s legacy by working with the 9/11 community to ensure that the health and safety of first responders, survivors, and their families are attended to.”

Lou Alvarez, a retired NYPD bomb squad detective, became the face of the 9/11 Victim Compensation Fund bill after delivering passionate testimony to a congressional subcommittee the day before his 69th chemotherapy treatment.

He died on June 29 from a 9/11-related cancer about a month before the Senate passed the bill, but his courage and continued appeal to conscience are widely seen as helping prompt Congress to approve funding until 2090.

“I am honored to join an organization devoted to an important cause, one that my brother fought for in his final months” Phil Alvarez said in a written statement. “I will proceed with helping out those currently contending with, and those who, unfortunately, may become diagnosed with a 9/11-related illness.”

Prior to joining Turley Hansen & Rosasco, Phil Alvarez worked for the Suffolk County Police Department as a detective, retiring in his 32nd year of service.

He accompanied his family and other 9/11 first responders and survivors to Washington, D.C. to attend congressional hearings and Senate votes on the 9/11 funding bill until it was passed by a margin of 97-2.

“We are excited that Phil will be joining our team,” Daniel Hansen and Troy Rosasco, partners of Turley Hansen & Rosasco, said in a joint statement. “Eighteen years later, as individuals continue to face health complications from working, living or visiting the crash site area, raising awareness for first responders and other victims’ eligibility for healthcare and compensation remains the utmost priority.”

For more information and to see if you are eligible for 9/11-related compensation, go to www.911cancerclaim.com