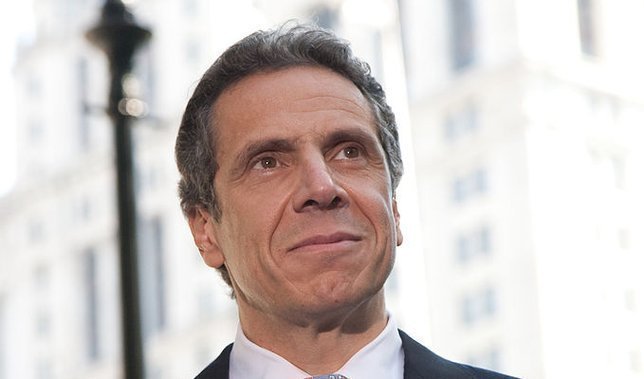 Albany, NY - September 12, 2017 - Governor Andrew M. Cuomo today signed legislation to expand unlimited sick leave benefits for public sector officers and employees who developed a qualifying health condition as a result of their heroic response to 9/11 rescue, recovery, and clean-up efforts at World Trade Center sites.
"On September 11, 2001, the best of humanity and the worst of humanity were displayed - the worst of us flew airplanes into the Twin Towers, while the best of us rushed inside to help their brothers and sisters without a second thought," Governor Cuomo said. "It is critical that we honor these courageous efforts and by signing this bill into law today, we make it clear that New York stands behind the first responders in their time of need just as they stood with New York on that tragic day 16 years ago. Our message is simple: we will always have your back."
Under the bill (A7901A/S6398), individuals would be eligible for unlimited paid leave at 100 percent of their regular salary dating back to the time of their diagnosis.
Individuals would qualify for the benefit if they:
Similar paid leave benefits are currently available for New York Police Department, New York Fire Department, New York City Corrections and New York City Sanitation for injuries and illnesses obtained in the line of duty. Outside of New York City, municipalities provide similar line of duty coverage for their paid police officers and fire fighters.
Senator Martin Golden said, "This legislation will help the thousands of brave men and women who put their lives on the line to save others during the tragic events that unfolded on September 11, 2001. The first responders who led recovery efforts on that day, and the weeks and months that followed, deserve the very best health care and assistance New York has to offer, and I commend the Governor for signing this legislation as we will continue to support these heroes."
Assemblymember Peter Abbate said, "Sixteen years ago today, the very core of who we are as New Yorkers was tested. During our darkest hour, the strongest and bravest among us rose through the destruction and pain to assist in response efforts at the World Trade Center site. These heroic men and women put all that they had on the line to help those in need and now, 16 years later, we must return that favor. As survivors of that day, many first responders have contracted critical illnesses - I thank Governor Cuomo for signing this bill today to protect our heroes."
Chairman of Governor Cuomo's 9/11 Workers Protection Task Force Lou Matarazzo said, "September 11, 2001 is a day forever ingrained in the lives of every New Yorker and every American. That day now only saw unimaginable devastation, but also unprecedented kindness. First responders from near and far rushed to the aid of the thousands of victims of the World Trade Center attacks to help and now today, they need our help. This new law gives these heroes much needed support and is a small token of our appreciation of the risks they took that day to help people in need - I thank Governor Cuomo for his commitment to these men and women."