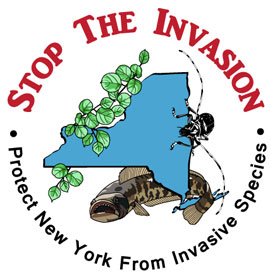 “The natural beauty that is found in every corner of New York is second to none, and it is imperative that we do everything possible to protect that from the dangers of invasive species,” Governor Cuomo said. “We all share a responsibility to protect our natural environment, and this legislation helps ensure that all who enjoy New York’s waters will also do their part to limit the spread of different types of aquatic life that would otherwise harm the local ecosystem.”

The legislation signed by Governor Cuomo makes it the responsibility of boaters launching watercraft to use common sense when putting in and taking out their boats. Before transportation or launch, the boater should first clean, drain and dry the boat, trailer, and any other exposed equipment of visible plant and animal matter, or have taken other reasonable measures to prevent the spread of aquatic invasive species. This will help prevent the spread between waterbodies and introduction of invasive species in new waterbodies throughout New York.

Invasive species are a threat because they have few natural predators in their new environment and can carry harmful diseases. Ultimately, invasives can outcompete native plants and animals and change entire ecosystems. Aquatic invasive species are one of the greatest threats to the State's treasured waterways because once introduced, they are nearly impossible to eradicate and expensive to manage.

According to the New York State Department of Environmental Conservation, aquatic invasive species seriously threaten economically important industries, such as tourism and fishing. Invasive species cost the U.S. economy an estimated $120 billion per year, and while the State has implemented various programs designed to control the spread of aquatic invasives, it is far more cost-effective to prevent them altogether.

Senator Tom O'Mara said, “Individual boaters are the front line of defense against the spread of invasive species, and this new initiative offers a straightforward approach asking all boaters to do our part to help protect waterways, regional tourism economies and local jobs. Taking every possible step to stop the spread of destructive invasive species before they take hold is the most cost-effective and common-sense approach to combat this severe threat to the environment and economy of the Finger Lakes and other waterways statewide."

Assemblymember Barbara Lifton said, “I am very pleased and appreciate the governor signing into law this important piece of legislation. This is a promising new day in our battle against aquatic invasive species that threaten our high-quality water resources and the recreational and economic benefits they provide,”

Stuart F. Gruskin, Chief Conservation and External Affairs Officer for The Nature Conservancy in New York, said, "The Nature Conservancy commends Governor Cuomo for signing this important legislation, which will reduce the spread of aquatic invasive species that harm human, economic and environmental health. Each year, invasive species cost our communities millions of dollars. By taking simple and common sense measures to clean, drain and dry our boats we can reduce the spread of these harmful species and protect our fishing, tourism and other water-dependent industries. We appreciate Governor Cuomo's commitment to prevent the spread of invasive species and applaud the bill sponsors Senator Thomas O'Mara and Assemblymember Barbara Lifton for their leadership on this issue in the Legislature."

Governor Cuomo’s signing of the bill today complements a broad approach by State agencies to combat the spread of invasive species in New York’s waters. The Department of Environmental Conversation this summer adopted regulations similar to this bill that prohibits boats from launching or leaving water access sites on Department of Environmental Conversation land without first taking these precautions. The Office of Parks, Recreation and Historic Preservation this summer published proposed regulations that would place similar requirements on watercraft using State Parks. Several local municipalities and organizations in the State have already adopted local laws to address the spread of aquatic invasive species, including boat inspection and washing requirements. In 2014, the State adopted the first ever mandatory invasive species inspection programs at all boat launches on Lake George.

New York State has invested millions of dollars in response, mitigation and prevention programs to rid the environment of invasive species on water and land. In July, Governor Cuomo announced the State’s first-ever Invasive Species Awareness Week to teach New Yorkers and visitors about the threat that these pests pose to our environment. More information about the State’s efforts to control and rid the environment of invasive species can be found here.