Long Island’s own Fireworks by Grucci will be crafting a massive display above Fort McHenry to celebrate the 200th anniversary of our national anthem. 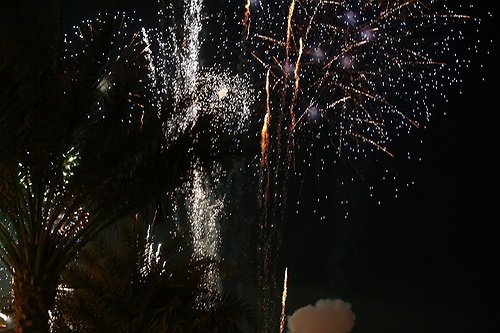 Fireworks by Grucci, a world-class fireworks production and design company based out of Bellport, will be putting on a massive show to celebrate the 200th Anniversary of The Star Spangled Banner outside of Fort McHenry in Baltimore on Saturday, September 13th.

The lyrics of the United States’ national anthem, originally titled Defence of Fort M’Henry, were penned in 1814 by Francis Scott Key after watching the bombardment of Fort McHenry by the British during the War of 1812. A different sort of “rockets’ red glare” will illuminate the fort this Saturday, however, as Grucci will be crafting a sprawling American flag in the sky using their highly advanced firework technology to celebrate the bicentennial anniversary of his poem.

Eight months of hard work and preparation will culminate in the largest fireworks show in Baltimore’s history, but you won’t have to travel to Baltimore to see the spectacle as it will air live on PBS as part of the Great Performances program. The show will be on from 8:00 to 10:00 PM.

We sat down to speak with Phil Grucci, President and CEO of Fireworks by Grucci, before the show:

LongIsland.com: Fireworks by Grucci has been chosen to put on a massive show in Baltimore to celebrate the 200th anniversary of The Star Spangled Banner. When did you find out that you would be participating in this celebration and how did you feel about the chance to be a part of it?

Phil Grucci: We were commissioned for the performance in February 2014. We put a great deal of passion and pride into our creative brief as this performance is national history. When we were confirmed for the celebration we were elated!

LI: You’ve created this stunning display using “PixelBurst” technology. Is PixelBurst a Grucci creation and, if so, how difficult was it to develop?

PG: The PixelBurst-tm is an innovation I started working on over 8 years ago. I have a great team supporting me that have spent thousands of hours in prototyping and testing. Working with my family and team within the last 8 years has resulted in improvements to the level we can use the technology on many of our high profile performances. It is a Grucci exclusive.

LI: PixelBurst has been compared to a computer screen—using individual dots of color to create a much larger and cohesive image—what inspired you to take this approach toward creating a firework display?

PG: We were commissioned by a good friend of mine, Cai Guo-Qiang (a Chinese Contemporary Artist), to create something to represent the temporary movement of MOMA (Museum of Modern Art) from Manhattan to Queens. I designed and proposed an arching rainbow over the East River. In order to realize this proposal we needed to develop a device in which we could control precisely the height of the fireworks burst. The development of a small microchip was necessary. Many months of testing resulted in us having the ability to control the height of a particular burst. Developing the burst to appear as a dot in the sky was the result of the PixelBurst-tm.

LI: We all know that there are 50 stars on the American flag, but when Francis Scott Key wrote Defence of Fort M'Henry in 1814 there were only 15 (as well as 15 stripes). Is your firework flag modeled after the one Key saw flying over Fort McHenry or the one we know and love today?

PG: We are displaying the print flag we know and love today!

LI: You’ll be putting on a massive, patriotic firework show tomorrow, and to kick off this year you assembled a world record-breaking firework display in Dubai. Are there any other big plans for Grucci in the near future?

PG: The day after the Star-Spangled Banner 200 performance I, along with 45 of our finest Pyrotechnicians, will fly to Saudi Arabia as we have been commissioned by the King to design and produce a Lighting, Laser, 3D projection and Fireworks performance for the Saudi Arabia National Day.

Other performances include the grand opening if Summerlin Place in Las Vegas, we just completed highlighting the US Open with pyrotechnics, and we have a VERY BUSY Christmas Season in Manhattan as well as worldwide New Years Eve performances!

Pictured: A firework display by Fireworks by Grucci