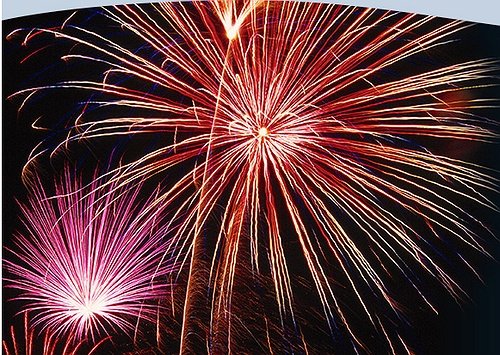 Bellport, New York - September 10, 2014 - The explosive highlight of Baltimore’s “Star Spangled Spectacular”, the weeklong series of free events to commemorate the 200th anniversary of Francis Scott Key’s “Star Spangled Banner”, will be a pixel-by-pixel pyrotechnic display of Old Glory in the sky above Fort McHenry , a 21st century reimagining of the sights and sounds that inspired America’s National Anthem.
According to Firework’s by Grucci’s President and show designer Phil Grucci, “This performance is unlike any we’ve produced, both in terms of its emotional and patriotic resonance to its technological execution. We will employ our patented “PixelBurst-tm” technology to illuminate a massive flag in the sky above Fort McHenry. A PixelBurst-tm shell creates a single dot (pixel) in the sky. When you connect those dots and trigger them with a proprietary precision computer chip (the Grucci Patented G-Match instead of a fuse, you can sequence and display a pixelated image not unlike what you see on a computer screen. Except bigger. And louder. It’s going to be a truly unforgettable experience.”
The PixelBurst-tm American Flag will bea featured element of the largest fireworks show in Baltimore’s history. Phil Grucci further explains, “The Grucci team has been testing, retesting, adjusting and manufacturing specialty products  for this momentous fireworks display for more than eight months. It is such an honor for us to be part of this Bicentennial celebration.”
The fireworks performance will take place on September 13, and will be broadcast live on PBS’ Great Performances. Please visit starspangled200.com for further details.
Fireworks by Grucci provides the following sneak-peek into the making of the historic fireworks performance:
Music

About Fireworks by Grucci:  Holders of the Guinness World Record for the "Largest Fireworks Display" ever recorded, Fireworks by Grucci is a sixth-generation, family-owned and operated company. They are world-renowned for pyrotechnic artistry, scientific innovation and old-fashioned values. This year, they are proud to be commissioned for the “Star Spangled Spectacular,” in Baltimore, the official celebration of the 200th Anniversary of our National Anthem. Known as "America's First Family of Fireworks," the Gruccis have transformed the night skies to the delight of millions across the globe since 1850.  Among their signature performances are seven consecutive U.S. Presidential Inaugurations; the Olympic Games in Beijing, Salt Lake City, Los Angeles and Lake Placid; commemorations such as the Centennial of the Statue of Liberty and star-studded extravaganzas including the grand opening of the Atlantis Dubai and the Palm Jumeirah Island in the United Arab Emirates. On New Year’s Eve 2013, a stunning performance displaying 479, 651 fireworks made its debut above Dubai’s iconic skyline, smashing the preceding mark. Phil Grucci currently serves as President/CEO of Fireworks by Grucci, Inc. and Pyrotechnique by Grucci, Inc., the manufacturing entity of the Grucci group of companies. For more information, please visit: grucci.com