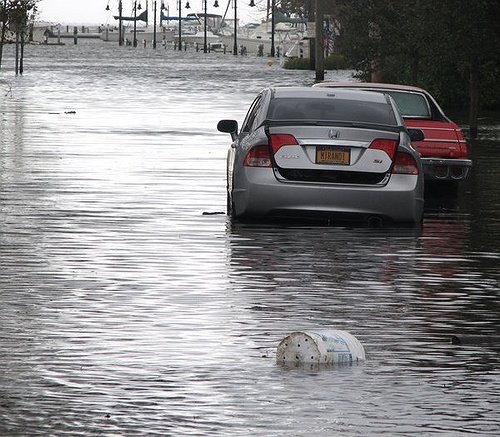 Albany, NY - September 12, 2014 - Governor Andrew M. Cuomo today announced the continued progress in reconstructing bulkheads and sea walls destroyed by Superstorm Sandy in the community of Sea Gate. The project, at an estimated cost of $2.8 million, is moving forward after a thorough state vetting through the FEMA Hazard Mitigation Grant Program and the support of Brooklyn Representatives Jerrold Nadler and Hakeem Jeffries. The initiative was developed and supported by the local NY Rising Community Reconstruction Committee in Brighton Beach, Coney Island, Manhattan Beach and Sea Gate, which has proposed multiple ideas to make the community more resilient following recent storms.

"Superstorm Sandy damaged the shoreline of many communities, making it harder for New Yorkers to protect their homes from severe weather," Governor Cuomo said. "Advancing this project will help Sea Gate and Coney Island continue to recover from this storm and help defend against ones in the future. It is important to rebuild, and here in New York we are building back better and more resilient than before."

As part of the proposal, Sea Gate seeks to repair and rebuild its bulkhead and sea wall which suffered severe damage from Superstorm Sandy in October 2012. Once serving as the main form of protection against erosion, flooding and storm surges to nearby homes, the infrastructure now faces multiple breaches and breaks, centrifugal cracks, heavy separation of joints, concentric misalignments and the intrusion of sand and debris throughout the streets, homes and sewer systems. In most areas, the bulkhead that previously safeguarded the community has been completely destroyed, putting parts of Coney Island and other surrounding neighborhoods at-risk.

Severe flooding and wind damage during Superstorm Sandy left the Sea Gate community without gas and electricity for over 6 weeks. The Sea Gate Police Department and Administration buildings were both destroyed, sewer systems and roads were compromised, and nearly 750 homes were damaged, with seven homes needing to be torn down after the storm. The Sea Gate community faced over $45 million in damage from the storm.

In June 2013, Governor Cuomo announced a call for Hazard Mitigation Grant Projects that could assist local governments and non-profits to rebuild stronger, more sustainable communities. Authorized by FEMA, the program aims to increase resiliency, mitigate the risks of loss and damage associated with future disasters, and reduce hardship.

In March, the Governor applauded the scope of 10 proposals– worth an estimated $128 million– that were among the first to advance to FEMA. The federal agency provides 75 percent reimbursement of eligible costs, up to the amount of the award. In-kind services or materials may be used toward the 25 percent non-federal match. To off-set the financial burden of many municipal or county projects such as this one, Governor Cuomo has committed State disaster recovery resources to the endeavor.

To address these issues, Sea Gate strives to implement a system that will fend off surges caused by intense winds (up to 120 mph) for the next 50 years. Known as a “Navy Wall System”, the network would consist of a large timber and pile wall with interlocking heavy vinyl sheeting to retain and shield land and property. The timber piles would penetrate 15 feet into the ground and would project 10 feet or more above the surface, offering maximum stability. Not only has this system been engineered to resist erosion from severe weather events, but its inclusion of vinyl sheeting is also cost-effective when compared to steel. Above all else, it would introduce a better and more effective system to keep nearby residents and community facilities safe.

Congressman Jerrold Nadler said, “As the communities around the sea walls destroyed by Superstorm Sandy continue to recover and rebuild, this project is critical to protect the area’s residents from future storm damage and to safeguard our famous beaches. I will continue to fight alongside Governor Andrew Cuomo and Congressman Hakeem Jeffries to make sure that these communities have the federal funds they need to fully recover from Superstorm Sandy.”

Congressman Hakeem Jeffries said, "Super Storm Sandy hit the Sea Gate community with devastating ferocity, destroying and damaging many homes. In response, we must continue to do all that we can to strengthen our resiliency before another storm strikes. Through the leadership of Governor Andrew Cuomo and the congressional delegation, this funding is an important step forward for the residents of Sea Gate and the Coney Island peninsula to get back on their feet and remain there."

Assemblyman Alec Brook-Krasny said, "I applaud Governor Cuomo for his efforts to expedite the Sea Gate bulkheads project, that has been so needed since the disaster that was caused by Superstorm Sandy's wake. As both an elected official and a member of the Sea Gate community I saw firsthand the damage and devastation that my neighbors and even my own family were forced to deal with in the aftermath of Sandy. I am optimistic that this is a great stride in protecting the entire peninsula from potential impact caused by future natural disasters. Governor Cuomo and his team have been with us from the first day and I know with his leadership we will come back better and stronger than before."

New York City Councilman Mark Treyger said, "This is tremendous news for Sea Gate, Coney Island and the entire peninsula. My thanks to Governor Cuomo and New York Rising for recognizing the need for this project and working with my office to make it a priority as we continue to rebuild and better protect our Sandy-impacted coastal communities. The entire peninsula stands to benefit from this project, as much of the flood waters during Sandy traveled through Sea Gate and along the peninsula. As we work to repair homes and businesses, we must also find ways to greatly improve our city's resiliency measures, and this is a great step towards that goal."

Jon Dohlin and Sue Fox, NY Rising Brighton Beach, Coney Island, Manhattan Beach and Sea Gate Community Reconstruction Co-Chairs, said, “Our Community Reconstruction Committee for the Coney Island peninsula is thrilled to see the project to reconstruct the Sea Gate seawall advancing to the next stage of implementation. This rebuilt asset will provide protections to community residents and local infrastructure in Sea Gate and Coney Island during extreme weather events in the future. This added protection will be of great benefit to all of the south Brooklyn coastal community."

Following a Presidential Disaster Declaration, as in the case of Sandy, FEMA provides Hazard Mitigation Grant Program funds for states to administer grant programs that support local hazard mitigation planning and long-term hazard mitigation measures to reduce the loss of life and damage to improved property from natural disasters.