Slated to be held on Saturday, September 16, the Dragon Boat Race Festival features a variety of events and activities with an Asian flavor. 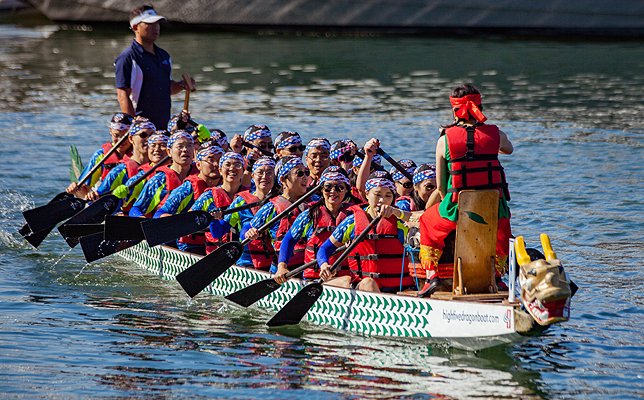 The Dragon Boat Race Festival is an event consisting of 6 “dragon boats” with up to 34 teams competing in a 250 meter race course.

Port Jefferson, NY - September 8, 2017 - With summer coming slowly to an end and the start of the fall season right around the corner, the Port Jefferson Chamber of Commerce is offering Long Islanders one last hurrah during the fair-weather season with what has become a fun and festive tradition in their village- the 4th Annual Dragon Boat Race Festival, an exciting event with a distinctively Asian flair.
Slated to be held on Saturday, September 16 from 8:30 a.m. to 5:30 p.m., the Dragon Boat Race Festival features a variety of events and activities, with the highlight of the day being the boat race itself; an event consisting of 6 “dragon boats” with up to 34 teams competing in a 250 meter race course within the confines of Port Jefferson harbor, according to Barbara Ransome, the Chamber of Commerce’s Director of Operations. 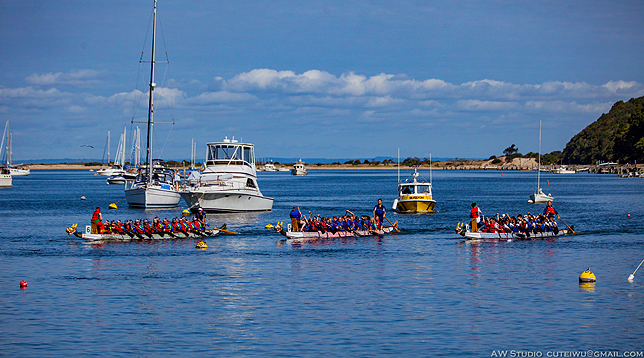 Photo Credit: Port Jefferson Chamber of Commerce
“If you go into Pan-Asian history, you will see that Dragon Boat Race Festivals and Dragon Boat Racing have been around for hundreds, if not thousands of years,” she said. “It's a festive atmosphere, and the boats are extremely interesting...it's a 30 foot canoe with 22 people per team. They're showy, they're large, and they mount these big dragon heads and tails on them. You have sails, a drummer...it's a very competitive type of racing.”
The detailed and decorative sea-faring vessels themselves are provided by the High Five Dragon Boat Company, a business contracted by the Chamber to handle the set-up of the event, and the Dragon Boats themselves actually are quite pricey, Ransome noted, with a value of anywhere from $20,000 to $30,000 apiece.
“We have a contractor – High Five – that provides all of the water-based activities for this event,” she said. “The company provides the boats plus all the equipment, including life jackets, oars, professionals to steer the boats, and everything else. Six boats will be raced on the day of the festival, which will be comprised of three major heats and 34 teams, which is a big increase from the first year of the event, when only 16 teams were in the competition.” 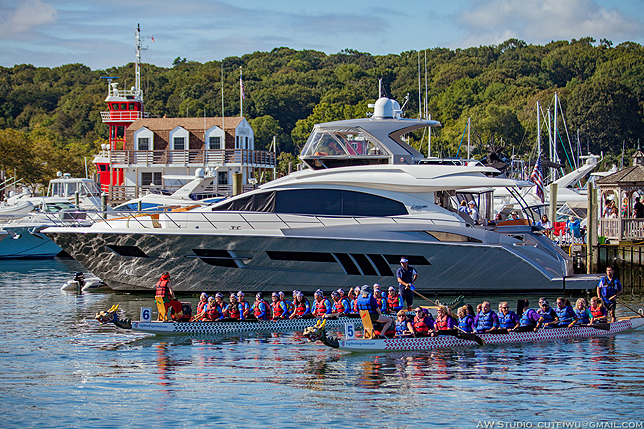 Photo Credit: Port Jefferson Chamber of Commerce
The beautiful backdrop of Port Jefferson’s lush harbor makes for an ideal location for such an event, Ransome said.
“Because we have a deep-water harbor we have the ability to host such an event, whereas many other communities don't have the luxury as our wonderful natural assets,” she said. “Our community is right here at the foot of our harbor, so it lends itself to a perfect venue and setting for the Dragon Boat Race Festival.”
However, the September 16 extravaganza isn't just about boat racing...it's also a full-fledged community festival, and throughout the day there will be numerous events and activities for attendees to indulge in, including some extraordinary, Asian-flavored entertainment including a lion dance, Asian singing and instrumentals, cultural and educational vendors, retailers, and food vendors. In addition, they will be crafts for children and contests for Best Team T-shirt and Best Costumed Drummer.
The Dragon Boat Race Festival serves as a fundraiser for the Chamber of Commerce, helping to provide essential monies that the Chamber uses in their efforts throughout the year to promote local businesses and community services. 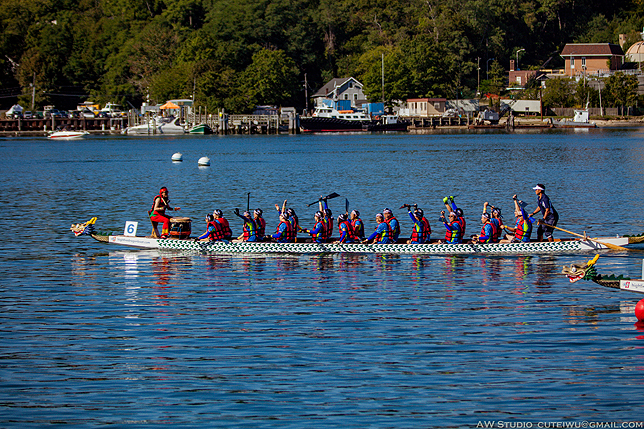 Photo Credit: Port Jefferson Chamber of Commerce
“This event definitely raises money...we are not for profit, and we have responsibilities to our membership and organization, and this event is a big fundraiser for us,” she said. “However, this event also gives us a chance to interact and engage with the community, specifically with Stony Brook University, who are one of our main sponsors. Not only does the University's Confucius Institute have a team, but the University students will have a team as well, so they're very involved in the event.”
Given the ongoing success of the Dragon Boat Race Festival - which has allowed it to both continue and grow for the past four years - Ransome noted that she is grateful for the Port Jefferson community and their ongoing support and enthusiasm for such a unique and special annual tradition.
“It's a good feeling...it's a bloody huge event, and in addition to the competitors, we're also expecting to draw at least 5,000 people throughout the day to come, watch and participate,” she said. “We get a lot of positive feedback, especially having a relationship with Stony Brook University. It's a win-win situation, and I'm glad to be part of it.”
For more information, visit www.portjeffdragonracefest.com, call 631-473-1414, or email info@portjeffchamber.com.