The tournament drew over 70 athletes from the Town of Huntington, ranging in age from 12 to 15.

Huntington, NY - August 3, 2016 - For the third year in a row Suffolk County Legislator William R. Spencer and Town of Huntington Councilwomen Tracey A. Edwards and Susan A. Berland have worked with the community to host the Coral Park Co-Ed Basketball Tournament.

Town of Huntington Councilwomen Susan A. Berland and Tracey A. Edwards with community members and basketball players stay dry from the rain underneath the park's shelter.

“In 2014, I was approached by community leaders who wanted to host a basketball tournament at Coral Park. It made total sense to work together, highlight this great neighborhood park and give young people a positive, fun and structured day of basketball. The kids love it and now look forward to it every year,” stated Legislator William R. Spencer. 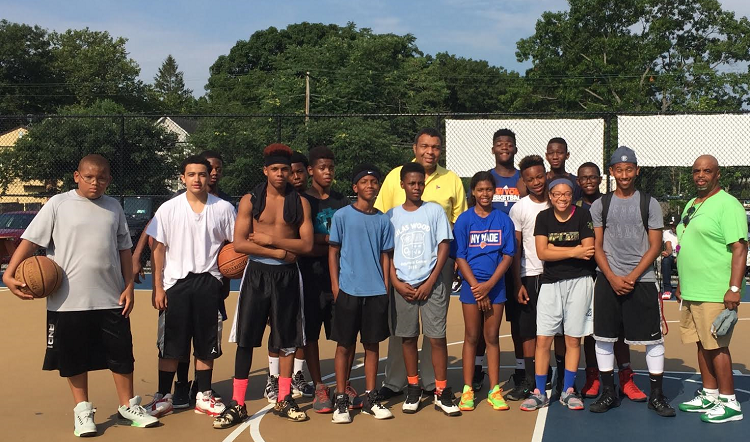 Legislator William R. Spencer with several of the athletes.

The tournament drew over 70 athletes from the Town of Huntington, ranging in age from 12 to 15. Nearly 30 half-court games were played throughout the day and a competitive final championship full-court game was played at the end of the tournament. Vernon Lowe, the lead tournament organizer stated, “This was the best year yet! It was well organized, action-packed and went off without a hitch. I look forward to next year."

David Harris, a beloved member of the Huntington community who tragically died years ago is memorialized through the tournament’s MVP award, “It was an honor to give out the 3rd Annual David Harris Memorial Award at the Coral Park Co-Ed Basketball Tournament. He would have been thrilled that the park is here for all young people,” stated Councilwoman Tracey A. Edwards.

Councilwoman Susan A. Berland, who led the way on getting the park built stated, “It was my pleasure to co-sponsor the Coral Park Co-Ed Basketball Tournament for the third year in a row. Coral Park holds a special place in my heart, as I worked so hard to bring this park to the community. Now, five years later, I am proud that we can host events like this that benefit the youth of our Town. I know everyone had a fantastic time, rain or shine, and I look forward to next year’s event.” 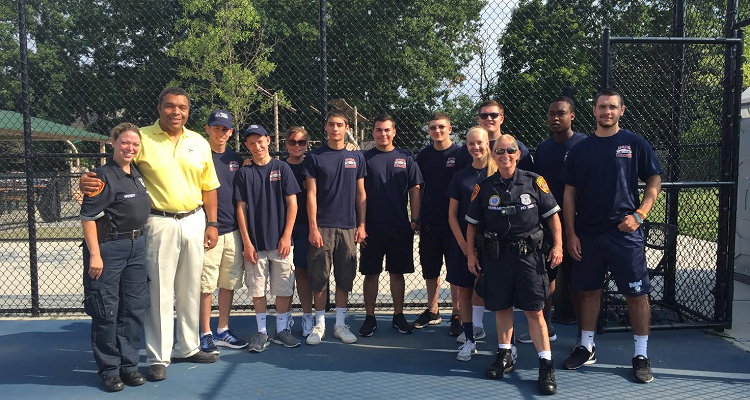 Legislator William R. Spencer with the 2nd Precinct with the Police Explorers.

The tournament was supported by local businesses including Spuntino’s and Giuseppe’s who provided pizza, 7-Eleven provided water and Gatorade, Suffolk County PAL provided medals for the athletes, Vision Long Island provided ice and Mercurio Basketball Camp in Greenlawn provided 2 free vouchers for their basketball camp; the recipients of the vouchers were picked at an opportunity drawing at the end of the day.

The Suffolk County Police Explorers, 2nd Police Precinct and the Town of Huntington Parks Department were also on hand for support throughout the day. Luckily, the rain came late enough to complete the tournament.