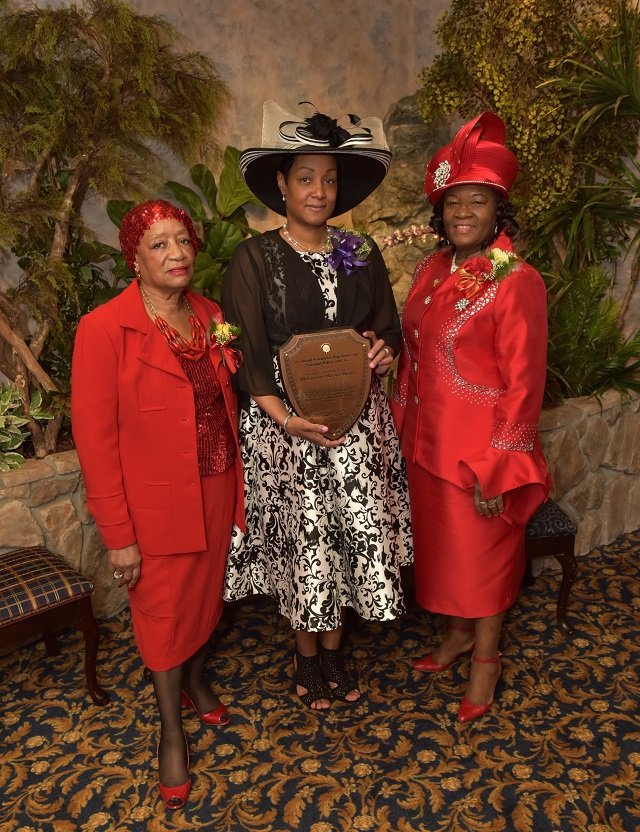 The Sojourner Truth Award is the highest award presented by the NANBPWC and is given to a woman whose life and values are similar to those of Sojourner Truth. Other honorees included Heddrick McBride, Professional Award, Wilbur Pack Jr., Business Award, and Karen Clements, Community Award.

“Sojourner Truth was a woman who spoke for women's rights and equality. She also had an interest in the community, justice and community service. She was a strong woman. With that being said, it was my honor and my pleasure to accept such a prestigious award." said Erna Blackman.

About: Erna Blackman, Founder – Butterflies, BBI – Erna Jones-Blackman is the Founder of Butterflies By Blaq Inc. Butterflies BBI is a 501c3 non profit organization which provides FREE hair replacements and solutions to children experiencing hair loss due to medical conditions. The organization has a special interest in inner city children as they are a group that is often overlooked due to the special needs of their hair.

Bestowed with a passion for cosmetology most of her life, Erna created Butterflies BBI after recognizing a need for services while volunteering with the American Cancer Society where she served as a stylist in their wig program.  While serving with ACS, Erna was inspired by the smiles she would bring to the faces of her clients as she helped them while they dealt with their personal illnesses. She then decided to bring her services to children, in attempts to help brighten their days and quite possibly their futures.

Mrs. Blackman graduated from Delaware State University, where she received a BA in Journalism.  She also recently retired from NYS DOCCS and is the grateful daughter of Ernest and Joan Jones, loving wife of Emile Blackman and proud mother of Kaiya and Elijah Blackman.

Erna Blackman is also the Queens County Director of The Long Island African American Chamber of Commerce and has been featured on WABC’s Here And Now, and in The Queens Courier as The Star of Queens, The Queens Press, Long Island Business News (Movers and Shakers column), Newsday’s (People On The Move column), Harlem Community Newspaper, Long Island.com and The New York Trend Newspaper.

For more information regarding membership, corporate sponsorship opportunities, or to be placed on the Email list of the Long Island African American Chamber of Commerce, Inc. contact via email or call 347-475-7158. You may also log on to www.liaacc.org for online membership or to contact the chamber.