Tulio and Maria Ayala were arrested Wednesday after officials at Central Islip School District called the police when they learned that the Ayala's four children were left at home unsupervised without food or heat. 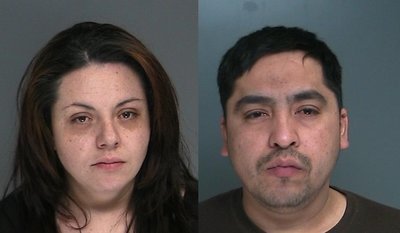 Right before Winter Storm Pax blanketed Long Island in nearly a foot of snow, police were able to rescue two teenagers and two young children from a Central Islip home after learning that their parents left them home alone for six days.

Officials from the Central Islip Public School District called Third Precinct police when they became aware that four of their students, all siblings, ages 15, 13, 8, and 4, were left home alone.  The children were left completely unsupervised at the residence at 28 Dow St. in Central Islip, and were without food or heat from Friday, February 7 to Wednesday, February 12.

After conducting an investigation, police found that the parents, Tulio Ayala, 34, and Maria Ayala, 31, were staying at a hotel nearby.  They were both arrested on Wednesday and charged with four counts of Endangering the Welfare of a Minor. Both husband and wife were arraigned Thursday at First District Court in Central Islip.

The children were not injured, and were released to a family member.