Museum Honors Long Island’s Bravest Who Made The Supreme Sacrifice, Free Admission For All To Reflect. 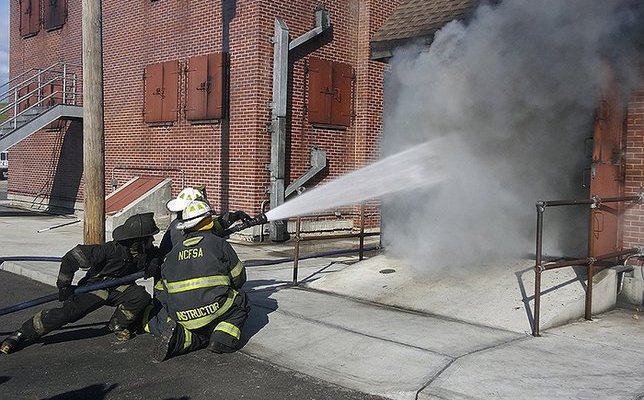 The Nassau County Firefighters’ Museum and Education Center features an exhibit dedicated firefighters who lost their lives on September 11, 2001.

Uniondale, NY - Sept. 7, 2018 - The Nassau County Firefighters’ Museum and Education Center on Museum Row in Uniondale has announced that it will once again offer free admission on September 11th to all those who wish to come and reflect and remember the events of that tragic day and the lives that were lost.
The Museum’s 9/11 exhibit provides a solemn venue for those wishing to remember and honor those dedicated firefighters who lost their lives on September 11, 2001. The exhibit, “Lives of Service; Celebrating the Heroes of September 11th”, was created in 2011 for the 10-year anniversary of 9/11 and is now a permanent part of the Museum. The exhibit highlights the many volunteer firefighters from Nassau County who were lost. Artifacts from that tragic day are on display, as well as information on the events leading up to the attacks on America and the recovery that followed. The Museum is providing free admission so all who wish to reflect on this anniversary have an appropriate and respectful place to do so.
In 2016, the exhibit was expanded to include the names of additional firefighters who were lost to 9/11-illness as a direct result of their brave and noble work in the rescue and recovery effort at the World Trade Center. Two screens (one on each side) on the Museum’s memorial fire truck - which has the all the names of the firefighters lost on 9/11 – display a rolling list of all FDNY members who have passed away due to 9/11-related illnesses. The names are listed by year of passing.  Last year, the name of FDNY and longtime East Meadow Volunteer Firefighter Ray Pfeifer, who passed away in July of 2017, has been added to this list.
“We feel it is very important for the families, colleagues and friends of those we lost to have a place here on Long Island to come remember their heroes on September 11th”, said Angelo Catalano, Chairman of the Museum’s Board of Trustees and a retired FDNY firefighter and longtime member of the North Bellmore Volunteer Fire Department. “We also feel that this exhibit provides an opportunity to teach the post-9/11 generation about the events of that tragic day, the brave response of our first responders and the resilience of our region and our country in the face of the attacks.”
The Museum will be open from 10 AM to 5 PM and is located inside the Cradle of Aviation along Museum Row on Charles Lindbergh Boulevard in Uniondale.
About the Francis X. Pendl Nassau County Firefighters Museum & Education Center
The nearly 10,000 square-foot teaching facility features hands-on displays, historical fire equipment and live demonstrations on fire prevention and fire safety techniques. Since opening in June of 2006, more than 100,000 visitors of all ages have been taken step-by-step through a working fire, from alarm activation and emergency call to the “knocking down” of flames at the scene. The Center’s exhibits also trace the evolution of fire service equipment, gear and apparatus.