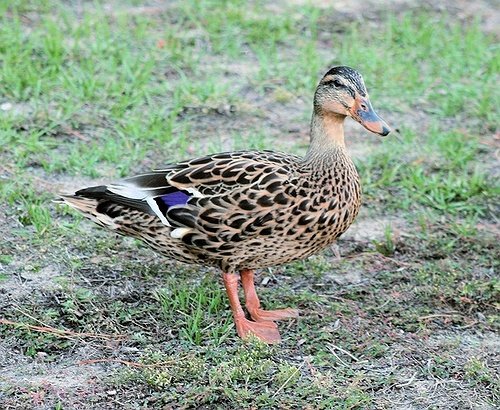 "New York's unique configuration of waterfowl management zones provides hunters with open seasons in various parts of the state from September to April," said Acting Commissioner Gerstman. "This year's season selections were developed by a team of statewide DEC biologists, with input from waterfowl hunters. DEC has looked to task forces to help select waterfowl hunting season dates for more than a decade and appreciates all the help they have offered to help make these selections."

Duck Season Overview:
Most duck season dates are similar to last year, but there are some changes to daily bag limits. The daily limit for canvasbacks has been increased from one bird per day to two based on above average breeding population and nesting conditions this spring. In contrast, the daily bag limits for sea ducks (eiders, scoter and long-tailed ducks) have been reduced from seven to six in the Special Sea Duck area on Long Island, with species restrictions of no more than four eiders, four scoters, or four long-tailed ducks. In addition, the bonus daily bag limit for sea ducks has been eliminated in the Special Sea Duck zone; sea ducks count as part of the regular daily duck limit in all areas of the state. Further restrictions to sea duck season length and bag limits are expected in the fall 2016. Possession limits for all ducks are three times the daily bag limit.

Duck hunting seasons begin with designated youth waterfowl hunts in each zone of the state. These youth hunts are for junior hunters (12 to 15 years of age) accompanied by a licensed adult hunter (including current Harvest Information Program (HIP) registration and duck stamp - see below). The adult should not possess a firearm while accompanying a youth who is hunting ducks on any of these days. The daily bag limit for ducks and brant during the youth hunts is the same as during the regular season and three per day for geese. The youth hunts are held on weekends in each zone of the state, as follows:

Goose and Brant Season Overview:
September Canada goose seasons begin September 1 throughout upstate New York, and on September 8 for central and eastern Long Island, and hunters can look forward to another 50 days or more (depending on area) to pursue these popular game birds during the fall and winter. Resident geese remain abundant in many areas of the state with the population estimated to be approximately 240,000 birds statewide, and migratory populations that pass through New York were estimated to be similar to recent years. Hunters are reminded that Canada goose seasons are set for different geographic areas of the state than other waterfowl seasons, so be sure to review the maps and season dates closely available on DEC's website. Canada goose season dates and bag limits in most areas are similar to last year.

A special conservation season for snow geese, in addition to the regular hunting seasons in each zone, will be open in all of upstate New York from January 16 through April 15. These birds have become so abundant that they are causing harm to wetland habitats throughout their range. Special seasons have been established in many eastern states and provinces to increase hunter harvest and help reduce this population. The daily limit for snow geese is 25 per day, and there is no possession limit. Electronic calls and shotguns capable of holding more than three shells may be used to take snow geese at any time when all other waterfowl hunting seasons are closed.

The daily bag limit for Atlantic brant has decreased from two to one bird per day due to three consecutive years of poor productivity and decreasing population trends; however, the season length remains unchanged at 30 days.

Federal Duck Stamp and State Migratory Bird Harvest Information Program:
Hunters 16 or older must have a 2015 federal duck stamp to hunt during any of the 2015-16 seasons. This year's stamp features a pair of ruddy ducks painted by New York artist, Jennifer Miller of Olean. The federal duck stamp cost increased from $15 to $25 this year, the first price increase for the stamp in 24 years. The United State Fish and Wildlife Service establishes the cost of the duck stamp. They are available at most post offices, some sporting goods stores, by calling toll-free 1-800-852-4897, or here. Ninety-eight percent of the proceeds from the duck stamp go toward migratory bird conservation and habitat acquisition. Stamps must be signed across the face by the hunter before they become valid for hunting, but they do not have to be attached to the hunting license.

All migratory game bird (waterfowl, woodcock, snipe, rails and gallinules) hunters, including junior hunters (age 12-15), must register with New York's Migratory Bird Harvest Information Program (HIP) prior to hunting in any of the 2015-16 seasons. Hunters must register every year and for each state in which they plan to hunt migratory game birds, and also must carry proof of compliance whenever going afield. To register in HIP, call toll-free 1-888-427-5447 (1-888-4 ASK HIP) or visit www.NY-HIP.com.

Hunting Safety:
Acting Commissioner Gerstman reminded hunters to follow simple safety guidelines and to use good judgment when choosing a time and place to hunt. Being considerate of other people enjoying the outdoors or who live nearby can help avoid potential conflicts and ensure a safe and enjoyable season. As coastal areas become more populated, new landowners unfamiliar with the safety, ethics and traditions of waterfowl hunting sometimes respond by seeking to limit hunter access to popular waterfowl hunting areas. Hunters should be considerate and try to minimize disturbance of local residents whenever possible. More information about avoiding conflicts between waterfowl hunters and waterfront property owners can be found on DEC's website.

For the latest DOH advice on consumption of waterfowl or other game, please visit the Department of Health website.

Status of Highly Pathogenic Avian Influenza in NY Wild Birds:
To date, highly pathogenic avian influenza, which is of great concern to poultry producers across North America has not been found in wild birds in New York State. DEC and USDA staff will sample wild waterfowl this fall and winter in a continued monitoring program. Hunters are advised to practice good hygiene and take necessary precautions to minimize risks to themselves and their hunting dogs, such as: wear rubber gloves when cleaning game; wash hands with soap and water after handling game; disinfect utensils used to clean game; and dispose of carcasses in areas where domestic poultry will not come in contact with the remains. More information can be found here.

For More Information:
New York's 2015-2016 Waterfowl Hunting Seasons and Regulations brochure is available now on the DEC website and will be available from most license-issuing agents and DEC regional offices by early September.

For more information about waterfowl hunting in New York, including public hunting areas around the state, go to DEC's webpage or contact any DEC wildlife office. Contact information for all regional offices can be found on DEC's website.