Three Arrested for Weapon and Controlled Substance Possession in Massapequa

The Seventh Squad reports the arrests of three persons in Massapequa on Tuesday, August 23, 2016 at 12:01 am. 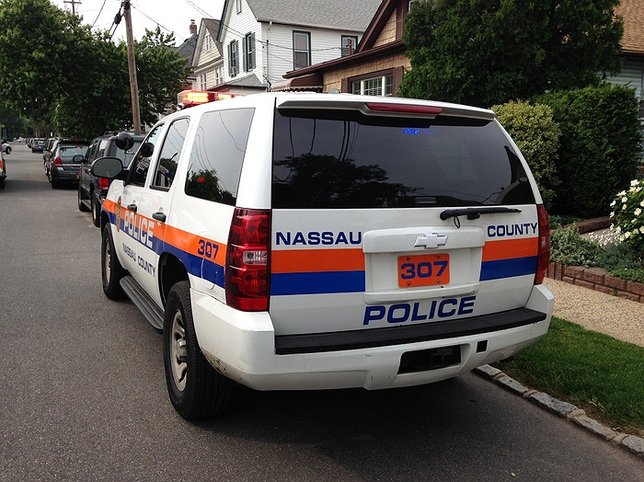 The driver of the vehicle and two passengers were placed into police custody without incident.

According to detectives, Bureau of Special Operation Officers a  patrolling the Massapequa area observed  five occupants in a  2014 Nissan Maxima operating with a defective headlamp and driving too closely before conducting a traffic stop in the Budget Inn parking lot located at 400 Carman Avenue. When officer’s approached the vehicle a strong odor of marijuana was detected coming from the vehicle. All occupants were removed from the vehicle with the assistance of additional officers. During a subsequent investigation a loaded black semi-automatic hand gun was recovered from the glove box along with 28 pills believed to be Alprazolam and a clear plastic bag containing a substance believed to be marijuana.

Placed into police custody without incident was the driver Devine D. Poole, 25, of Roslyn Heights and passengers Lakisha Stephens, 24, of Brooklyn and Wayne Mcken, 18, of Roosevelt. There were no injuries reported.